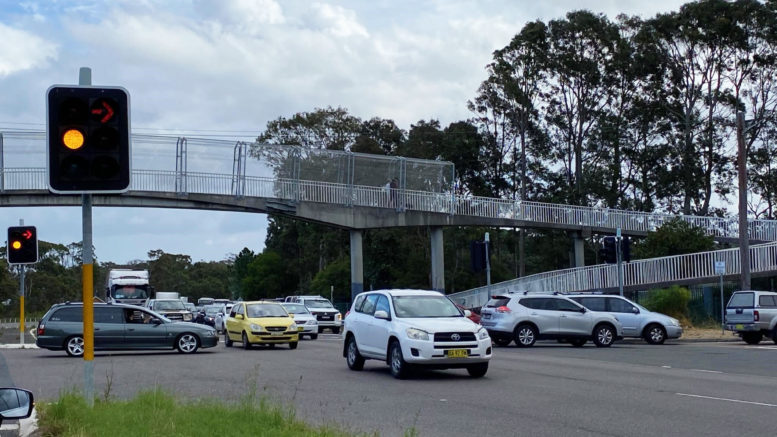 Council has allocated $650,000 in the 2020-21 operational budget for stage one of a car park and road upgrade which will go to the July 27 meeting for adoption.

A Council spokesperson said options to improve traffic and parking in Carters Rd were being developed, including additional car parking adjacent to Lake Munmorah High School.

Also, Council is now liaising with Ausgrid regarding a licence for the existing car park in Carters Rd, a move Ausgrid has been trying to resolve for years.

In March, Swansea MP, Yasmin Catley, put out yet another call to Council to take responsibility for the car park which Ausgrid built in 2012 on a vacant lot next to its substation, at the request of the community.

She said since 2015, Ausgrid had attempted to lease the car park to Council on a 50-year lease for the peppercorn rent of $1 per year.

“Council kept resisting and Ausgrid eventually said the car park would be closed, but we couldn’t allow that to happen, and I met with Council staff about a month ago to discuss a way forward,” Catley said.

Traffic congestion and lack of parking has been causing chaos in Carters Rd for many years.

Four schools and one early learning centre add up to thousands of students and hundreds of vehicles using just one access point and raising serious safety concerns.

The schools have played their part to ease congestion, by staggering start and finishing times.

Carters Rd was listed as a priority project by the former Wyong Council in 2014, but apart from the ad hoc things that Council is doing, nothing of substance has been done, says Catley.

“I have been trying to get Council to do something about this for many years.

“It just goes on and on.

“Why don’t they just bite the bullet and do the proper traffic study and find out what the best options are and fix the road.

“The RMS has done all it can with the synchronisation of the lights, markings on the road and an overhead footbridge on the highway.”

“There has been mayhem on Carters Rd for way too long, without any substantial improvements,” she said.

“With only one road in and out of a relatively small area with four schools and a pre-school, with thousands of students, it is a significant safety concern on a day to day basis and I hate to think what would happen if there was an emergency there.

“Parents, teachers and residents deserve better than what they’ve got and they don’t want to be fobbed off anymore.

“Parents are telling me that it can take 35 minutes to get in or out of Carters Rd at school drop off and pick up times, and cars are lining up in Carters Rd as early as one hour before afternoon pick-up time trying to get in and out of the area before the traffic build-up.

“Too often cars are sitting in a queue through two or three green traffic light sequences to get out of Carters Rd in an afternoon.

“Other local residents are being affected too by the Carters Rd traffic congestion and I’ve been told that sometimes they have to wait up to 15 minutes to get out of their local street because of the traffic lined up on Elizabeth Bay Rd waiting to get through the traffic lights into Carters Rd,” Hogan said.

“I’ve been working on this for many years and helped organise petition after petition with the local member, and keep the issue uppermost in Council’s priorities, so now it is time for Council to honour its commitment of $650,000 and get on with the job.”