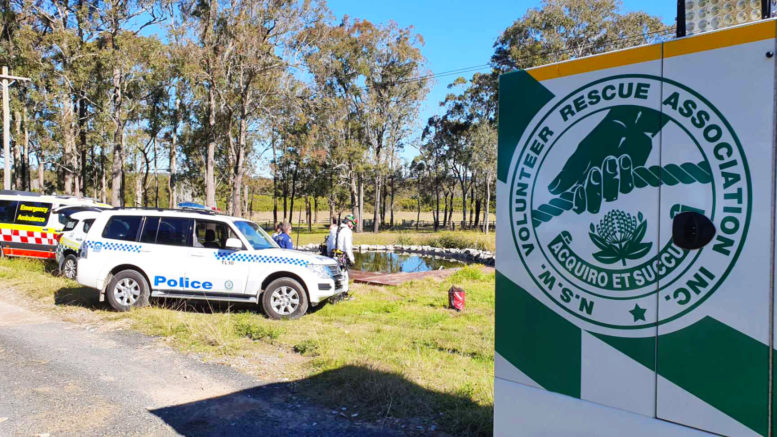 A 5-year-old girl is safely back on the ground after being rescued from a zipline over the weekend.

Emergency services and members of the Central Coast Volunteer Rescue Squad (CCVRS) were called to a property at Wadalba shortly before 11am on Sunday, July 5, to reports that a child had become stuck on a backyard flying fox.

Rescuers were told the child could not be reached by present adults as she’d come to a stop over a dam.

Upon arrival CCVRS members determined the zipline had not malfunctioned, but rather the child did not weigh enough for the system to work as intended.

After confirming the girl was uninjured, CCVRS Deputy Captain, Adam Heart, said some out of the box thinking made a tricky rescue situation a quick fix.

“Since the girl was too light to go the full way across the line, responders decided that rather than attempt an over water rescue, they’d try weighing down one end of the zipline.

“It worked, with the additional weight allowing the girl to get moving again and reach the end of the line.

“Once there, she was disconnected from the line no worse for wear,” Dep Cpt Heart said.