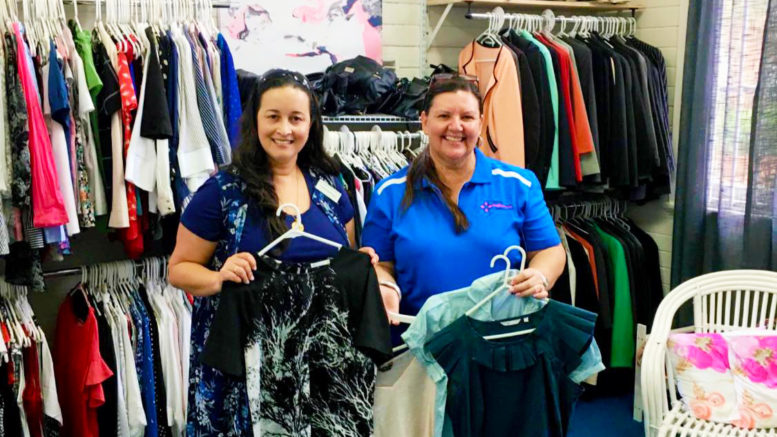 Multicultural Community Development Project Worker, Natalia Meliendrez, with Sharyn Burgess at the ‘Because We Care’ Boutique

Wyong Neighbourhood Centre’s ‘Because We Care’ Boutique is to launch a teen empowerment program after winning the June round of the Greater Central Coast community funding program.

Established by the Greater Bank to support community organisations bettering the Coast, the program allows residents to vote for one of three nominees to receive a $2,000 donation to put towards their work.

With the money secured, the team at the boutique are now preparing to launch Wings for Teens to Succeed, a specialist program that will work with disadvantaged female students from a local high school to develop their self-esteem and confidence whilst helping them prepare to enter the workforce.

‘Because We Care’ Boutique Coordinator, Sharyn Burgess, said the program would be facilitated via a Youth Worker and that several high schools in the former Wyong LGA had applied for the inaugural allocation.

“Wings for Teens will help female students prepare for their future by using art therapy, conversations and shared experiences to give them a sense of worth, while empowering them with the relevant tools and skills needed to achieve their dreams,” Burgess explained.

The program also includes advice on personal appearance and presentation skills, as well as a session with a volunteer stylist who’ll work with the students to select an interview appropriate outfit.

And according to Burgess, the cash injection could not have come at a better time, with the pandemic majorly disrupting the boutique’s fundraising efforts over the past three months.

“The social distancing restrictions have had a huge impact on our ability to fundraise, which resulted in the postponement of a number of our programs, including Wings for Teens to Succeed,” Burgess said.

Several fundraisers also had to be postponed or outright cancelled and Burgess believes the boutique has lost out on around $10,000 in donations as a result.

With Wings for Teens to Succeed costing the boutique around $2,000 to run, that’s five potential programs with different high schools lost.

Add in the cost from the boutique’s recent relocation from the Wyong Neighbourhood Centre to the Berkeley Centre at Glenning Valley, and it’s no wonder that Burgess and her team are over the moon to be the June winners of Greater Central Coast.

Burgess said that planning is now underway to have Wings for Teens to Succeed up and running for Term 4 of the school year.

Until then, she said the boutique would continue to help disadvantaged girls and women from around the Coast to its fullest capacity under current COVID guidelines.