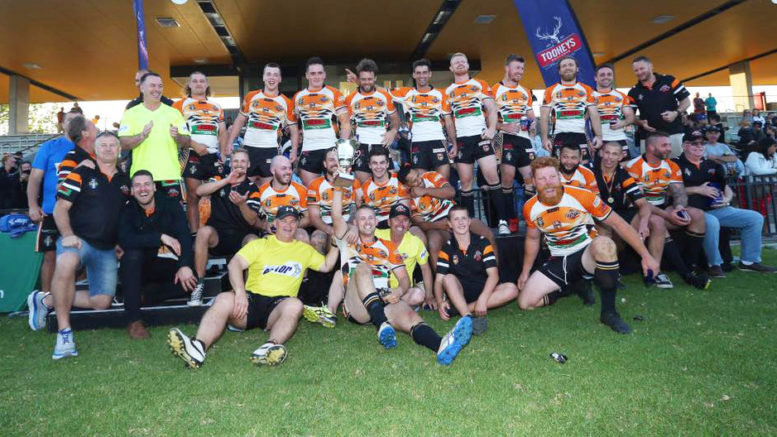 With the Tigers being the First Grade reigning premiers, it’s a huge blow to a season that has been plagued by the impact of COVID-19 and thrown a proverbial spanner into the recently announced season draw.

Club CEO, Mark Chaffey, confirmed the decision to withdraw the club’s four senior teams saying that it was made based off several factors.

“The Club Committee made this decision for a number of reasons: the welfare of our players, staff and spectators; the onerous task of managing training and game days under COVID restrictions; the impact of continuous cleaning and sanitising; the lack of certainty around what’s in store for spectators and what facilities the club can offer them; and, the general uncertainty around the season itself.

“This competition does not resemble anything we’ve done previously, so the committee made the decision in the best interest of the Tigers’ community,” Chaffey said.

Chaffey added that the decision to withdraw was not financially motivated and that the club was in a sound financial position following its closure at the height of the pandemic.

He also confirmed that the withdrawal only applied to the seniors, with the Tigers still to compete in the junior competition.

Chaffey also ruled out any possibility of the decision being reversed in a similar fashion to the Wyong Roos, saying it was “very unlikely” that the Tigers would have a change of heart, meaning that the seniors won’t see competitive play until 2021.

“We are fully supportive of Central Coast Rugby League and league in general and will continue to be so.

“We look forward to getting back to what we know, which is an 18 round competition, and will definitely be back next year,” Chaffey said.

CCRL President, Gerard Andrews, said the withdrawal of the reigning premiers was disappointing but he was adamant that the season would go ahead without them.

“Losing the Tigers is devastating from a competition standpoint as they’re one of the stronger clubs, but we will press on,” Andrews said.

It’s understood that the draw for season 2020 has been finalised and will be released to the general public at a later date.

The season will run for nine rounds with a final series in October.

Under the current draw, all games that were to feature the Tigers are now byes.

With kick off slotted for July 19, any further withdrawals could prove disastrous for the season, but Andrews believes that won’t be the case.

“If more clubs were to drop out, it would mean we’d have to overhaul the season again, but I’m confident there won’t be any more withdrawals.

“The CCRL has been working with clubs to address their individual concerns about the season ahead and we’ve been offering support to those that need it.

“All of our clubs know where they stand and everyone is working hard to get the season up and running as we progress through this COVID environment,” Andrews said.