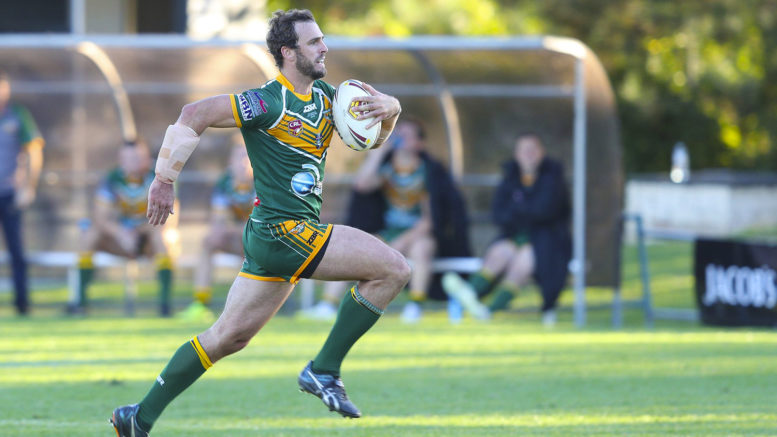 The Wyong Rugby League Club Group (WRLCG) has reversed its decision to pull the Wyong Roos out of Central Coast Rugby League’s 2020 season.

The WRLCG announced that it was pulling the Roos from the senior competition in May, with  a question mark also lingering over the juniors.

Mounting financial pressures from the pandemic lockdown were cited as the reason for the decision, but on June 16, WRLCG Chairman, Bob Pettiford, confirmed that the seniors were being reinstated and that the juniors would be going ahead.

“Most of you would be aware that the club’s board decided to withdraw our teams from the proposed Central Coast competition, due to possibly commence in mid-July,” Pettiford said.

“The decision was made some weeks ago at a time when we suffered a forced closure of all our clubs, reducing our income to zero overnight.

“We had to curtail all non-essential spending to charities, community groups and the like, and thus withdrew any funding for rugby league.

“Things have changed very quickly in this COVID-19 world and we have been back trading for a couple of weeks now, much sooner than first anticipated, although we are not yet out of the financial woods.

“The Central Coast Division has proposed a senior rugby league competition that is to be strictly amateur, meaning no payments to players.

“Allied to this, they have adopted a strict set of protocols to be followed to ensure that all the restrictions around keeping everyone covid safe are followed,” he continued.

“Our board has agreed that we can comply with these requirements, so we have decided to reverse our earlier decision, which was totally finance based, and enter teams into the competition, assuming that sufficient clubs enter to get the competition off the ground.

“It seems that most sports are looking to get some sort of a competition running, although regulations around crowds, canteens and many other things are still up in the air.

“These rules also apply to our juniors, but again we believe that we can comply and will be entering teams into the junior competitions as well,” Pettiford said.

With that confirmation, the Roos are now gearing up for a bite at the cherry.

Williams said the focus now will be on getting player fitness levels where they need to be.

“Our first few sessions will be a lot of running and skills work until we can proceed with contact training in July.

“From there it’ll be business as usual,” he explained.

While the format of the senior competition has yet to be confirmed by Central Coast Rugby League, Williams said it was his understanding that the modified season would kick off from July 19 and play out over nine rounds with a four week grand final series.

Despite other clubs having a distinct advantage over the Roos in terms of training time, Williams said his players were just happy to be playing footy again.

“Up until last week, I didn’t think we’d be playing footy at all, so everybody at the Roos is stoked to be getting back on the field.

“We had a lot of players looking at different clubs so they could still play this year, so I’m really happy to see the Roos given the chance to do what they love,” Williams said.