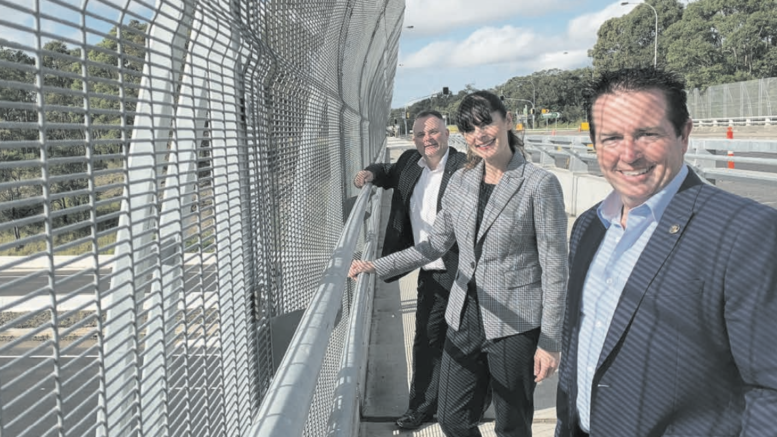 The widening of the Tuggerah to Doyalson stretch of the M1 motorway is now officially open.

This means a clear run for motorists at 110kmh on three lanes north to Newcastle and the Hunter and south to Sydney and beyond.

This was the final link in a suite of upgrades along the 127km M1 which is travelled each day by about 70,000 light and heavy vehicles between the Hunter, the Central Coast and Sydney.

The Kariong to Somersby section and the intersection at Weakleys Dr and John Renshaw Dr at Beresfield in the north, both opened in April.

Another huge project to improve traffic flow, NorthConnex, is a 9km two-lane tunnel due to open in a few months, to connect the M1 at Wahroonga to the Hills M2 Motorway, avoiding 40 sets of traffic lights on the trip to Sydney CBD.

Federal and StateGovernments invested $391.6M in the M1 upgrades.

The 12km Tuggerah to Doyalson section cost $245M and took almost three years to upgrade, with about 75 percen of Central Coast/Hunter people taking up the 1,680 jobs created.

Deputy Prime Minister and Minister for Infrastructure, Transport and Regional Development, Michael McCormack, said the M1 upgrades formed part of the Federal Government’s record 10-year infrastructure plan which would be critical in helping the nation recover from the effects of COVID-19.

NSW Minister for Regional Transport and Roads, Paul Toole, said the M1 Productivity Package had created about 2,700 jobs overall and was part of the State Government’s record $100B infrastructure pipeline.

“The M1 upgrades have delivered on average nearly 400

direct and indirect jobs every year since it started,” he said.

Parliamentary Secretary for Central Coast, Adam Crouch, said this would make a world of difference to travel times, not just on the daily commute, but especially during weekend and holiday season peaks, when traffic sometimes slowed to a crawl along the M1.