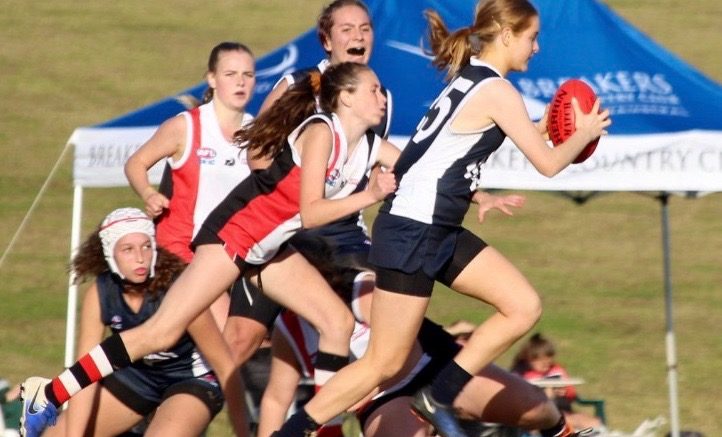 The AFL Hunter Central Coast Junior season will officially kick off over the weekend of July 17-19.

According to Flynn, the Board has been working hard to ensure that players were able to get back on the field this season whilst respecting guidelines from the government around what is and isn’t allowed.

“Sport plays a crucial role in keeping children, families and communities connected, and the AFL at a local, state and national level is committed to its role in the health and wellbeing of communities,” Flynn said.

“COVID-19 has presented many challenges for the 2020 season, but we are up for a challenge and determined to find the opportunity for our players and football family.

“AFL is about more than the scoreboard and we recognise our role in helping our community return to a level of normality following unprecedented disruption,” he added.

Flynn said the 2020 junior season could be extended into October, and the league was currently consulting with clubs about the structure of the season.

The AFL Hunter Central Coast has competitions from U9s to U17s, with youth girls the fastest growing demographic.

The Auskick program will also resume on July 17.

Flynn said clubs were currently working out the best way to manage return to training and play.

“Footy will be a bit different this year, but players want to get back on the field and we will make that happen with some strict rules and regulations in place to protect people’s safety.”

The Coast has nine junior and five senior AFL clubs that partake in the AFL Hunter Central Coast competitions.

Terrigal-Avoca Panthers Juniors President, Angela Roche said the club was resuming training in groups of 10 and had appointed a CovidSafe officer in accordance with AFL NSW/ACT guidelines.

“We’re just all really excited to get back,” Roche said.

“The juniors were given the green light June 1 and we’re preparing now for the official start on June 19,” Roche said.

Roche said she was attending a meeting on Thursday evening (June 11) where she expected more guidance on the competition structure and draws.

Roche also says the club was expecting a near-100 per cent return of players.

“All the coaches are back, and no one has said they’re not returning.”

Terrigal Avoca is one of the largest football clubs on the Coast, fielding junior teams in all age groups from U9 to U17 in both boys and girls.

“We have around 210 kids in the club, but we’re still encouraging new players to come and join.”

The Panthers major sponsor is Breakers in Terrigal who have naturally had challenges with the coronavirus, but most clubs have indicated that sponsorship is less of a critic issue for the junior teams.