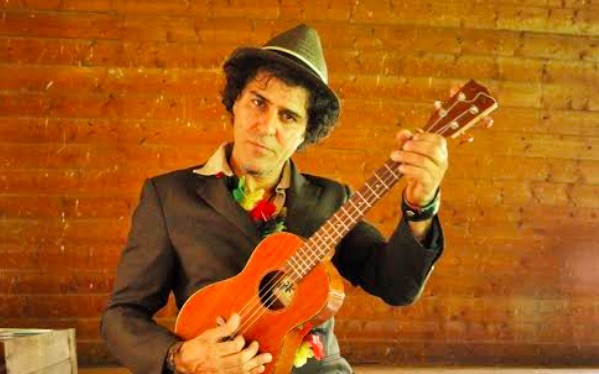 Nicky Bomba, the King of Percussion plays the Rhythm Hut

NSW Labor has called on the Berejiklian Government to name a date for music and live entertainment venues to reopen their doors.

“NSW is the only state without a plan for music venues,” said Labor Shadow Minister for Music and the Night Time Economy, John Graham.

The NSW Government’s easing of lockdown restrictions saw up to 50 patrons allowed inside hospitality venues from June 1, but there’s no clarity yet for specialist music and entertainment centres, including theatres, concert venues and dance halls that remain closed.

Graham said the Berejiklian Government must provide a roadmap for the industry that includes clear stages and expected dates for reopening.

Current NSW guidelines require the closure of concert, music and dance halls along with cinemas and theatres, with the only entertainment and amusement venues currently allowed to operate being betting agencies and drive-in cinemas.

“They need time to plan to reopen safely and we know reopening live music venues will boost community morale and wellbeing,” he added.

Under the latest advice from health authorities, vocalists could be facing an even longer quarantine than their instrument playing peers, with NSW Chief Health Officer, Dr Kerry Chant, confirming that communal singing should not occur due to a high risk of spreading the virus.

While that’s ruled out choir practice for the foreseeable future, it’s not clear if the possibility of a singer spreading the virus to their fellow performers or audience has had any sway over the government’s decision not to commit to a date.

Graham acknowledged the concern regarding the possible transmission but said that did not excuse the lack of a date.

“Perhaps we will have to see instrumental live music return before the vocalists are let loose.

“Audiences and artists will cope if that is the case,” Graham said.

Dedicated music and entertainment venues are few and far between on the Coast, with the region’s clubs, pubs, bars and restaurants making up the lion’s share of venues for live entertainment.

Gosford’s The Rhythm Hut is one exception, having grown over time into a cornerstone of music culture in Gosford.

While the Hut’s team of volunteers have found ways to keep the music going, its Founder, Rendra Freestone, said with no date to plan for, places like The Rhythm Hut are stuck in limbo.

“We absolutely need a date.

“We can’t book shows without one and we need at least six to three months to promote a booking, so without a date our hands are tied,” he said.

Despite that uncertainty, Rendra is hopeful the government will announce a date soon.

“They’ve been easing restrictions across the board so I’m cautiously optimistic we’ll get a date sooner rather than later,” he said.

Until then Rendra and his team will continue with the Hut’s online programming, Rhythm and Chill.

Parliamentary Secretary for the Central Coast and Member for Terrigal, Adam Crouch, said the government was taking easing restrictions sensibly and in line with current advice from health authorities.

“The NSW Government is easing restrictions in a way that fires up the economy and allows more personal freedoms – but keeps our community safe.

“Over the past few weeks, the NSW Government has pivoted from a health response to economic recovery.