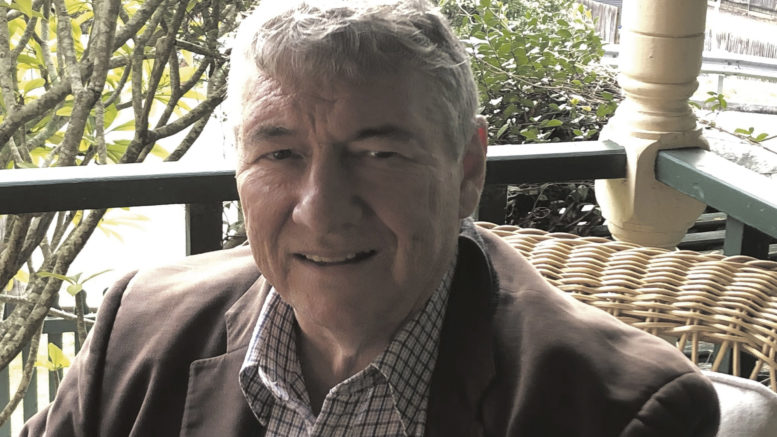 The thing John Della Bosca of Woy Woy Bay is most proud of from his time serving in State Parliament are two disability packages he was involved in formulating which led to the eventual establishment of the National Disability Insurance Scheme.

Mr Della Bosca was appointed a Member of the Order of Australia (AM) in the Queen’s Birthday Honours List on June 8.

He received his AM for significant service to public health, particularly in the disability and drug support sectors, and to the Parliament of NSW.

A prominent political figure from 1999-2010, Mr Della Bosca held a variety of Ministerial positions during his time in parliament and was Leader of the Labor Party in the NSW Legislative Council and vice-president of the Executive Council from 2005-2009.

But it was his time as Minister for Disability Services, from 2005-2007, which he said made the most lasting impact.

“I don’t really miss politics but a political life can be good because you can do lots of things you can’t do through other forms of activism,” he said.

“You can effect change in a different way.

“As the Minister, I saw things through a whole new set of eyes and made a resolution to use whatever skills I had to change things.”

Now working at the Whitlam Institute at Western Sydney Uni, Mr Della Bosca has continued working for the disabled and for drug prevention.

He was National Campaign Director for the Every Australian Counts campaign from 2010-2017.

The grassroots campaign, which fought for the introduction of the National Disability Insurance Scheme, was a big achievement.

“It is so many times better than the scheme it replaced,” he said.

“I basically led the campaign but there were thousands involved.

“It was a big collective effort and very important.

“It made a lot of things better for many disabled people.”

“When I was first elected to parliament there was a lot of concern around drugs – chiefly about people injecting heroin and other drugs,” he said.

“I became involved in a drug summit and helped put together a lot of changes, some of which have stood the test of time.

“Since then, the drug problem has been important to me.

“I think people tend to write others off when they have a drug problem but everyone deserves a second chance and sometimes they can turn their life around.”

Mr Della Bosca, who lives with his wife at Woy Woy Bay, has two children.

He said he was “delighted” to be honoured.