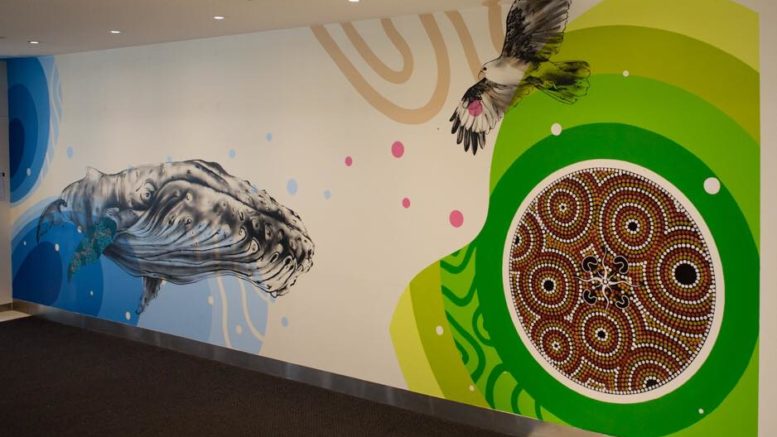 Gosford Private Hospital’s main reception area has been transformed, courtesy of a one of a kind mural.

The artwork was designed and installed by celebrated local Indigenous artist, Grant Molony, and his team over the June long weekend and depicts the coming together of the Central Coast community with a combination of sky, land and sea.

“Our team was inspired to bring a sense of identity, culture and respect to the space,” Molony said

“Community, diversity and the amazing natural environment are the foundations connecting the project.

“This is a story of land and sea discovered through a modern collaborative approach highlighting movement and interaction.

“Embracing the natural world with the built environment,” he added.

It was also a part of the hospital’s 40th anniversary celebrations which have featured a number of activities and special events set to culminate in July.

Buck-passing over Gosford public wharf is a disgrace