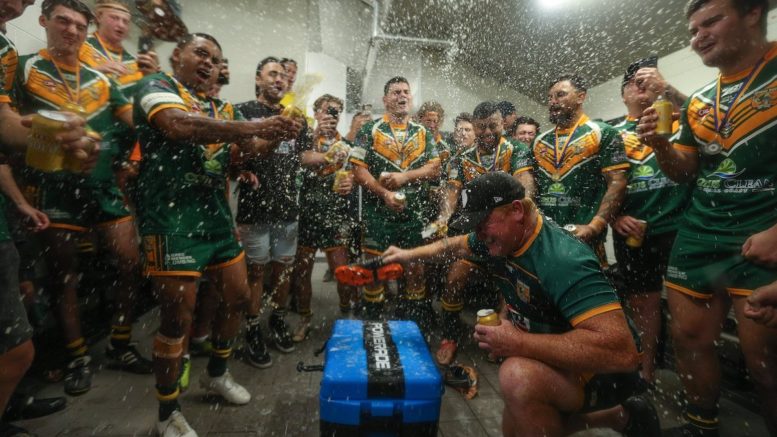 The coronavirus has claimed its first victim on the Coast’s sport scene, with the Wyong Roos confirming that they won’t be competing in any senior competitions in 2020.

The Wyong Rugby League Club Group (WRLCG) made the announcement via a statement released on May 8, citing financial pressures and pandemic restrictions as the reasons behind the tough call.

“Prior to the crisis, the Group employed in excess of 350 people and provided funding to more than 30 sporting bodies.

“Throw in the various contractors and suppliers reliant on the Group and you can start to appreciate its importance to the local community.

“The fixed costs across eight licensed clubs is substantial.

“The reality is that normal trading will not resume for some time.

“Within this context, on May 6, the Board resolved to conserve the financial wellbeing of the Group by suspending all non-essential expenditure.

“The decision effectively means that Wyong Roos will be withdrawing from all senior rugby league competitions in season 2020.

“The decision was a difficult one.

“Rugby league is the beating heart of the club.

“However, it is a decision that had to be made in the best interests of the Group as a whole.

“There are unavoidable costs associated with operating a football program.

“The club was not prepared to compromise on certain costs relating to the health and safety of players.

“Moreover, the cost of complying with the new regulatory regime to be implemented once footy resumes is unknown.

“These factors weighed heavily in the Board’s decision.

“Wyong Roos has experienced many difficulties in its long history.

“COVID-19 is the battleground of the current generation.

“The players, staff and management will meet this challenge.

“Rest assured, Wyong Roos will be back,” the statement reads.

It’s understood that at this stage the club’s juniors will still be able to compete, but the WRLCG has advised that it will revisit the issue of junior rugby league once NSW Rugby League releases more information on rule changes and other conditions surrounding the season.

The decision to withdraw comes after Central Coast Rugby League confirmed that it would be running condensed versions of its usual competitions.

Prior to that, grave concerns were held for how the senior competition would pan out with the CCRL even toying with the idea of scrapping it entirely to give clubs a chance to renumerate.

As last year’s senior competition runners-up and one of the largest and most lucrative clubs in the region, the Roos’ withdrawal could be a sign of things to come as other clubs weigh up their options in the lead up to the July 18 recommencement date.

Fighting COVID-19 – one winter woolly at a time