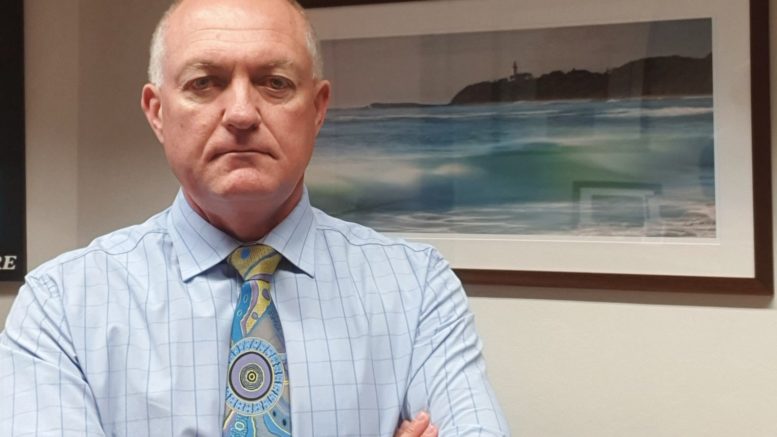 David Harris MP for Wyong is not happy with the rental package put forward by the government.

Wyong MP, David Harris, says the NSW Government’s Rental Package is “woefully inadequate” and that NSW Labor would seek to vastly improve the package in Parliament on Tuesday, May 12.

“The package does nothing to help tenants or mum and dad investors and MPs’ offices all over NSW, including mine, have been inundated with calls from worried tenants and landlords,” he said.

In Wyong electorate over 29 percent – some 21,649 people – rent their properties, with median rents hovering around $340, Harris said.

“An almost across-the-board shut down of the hospitality and retail sectors has already seen 7.7 percent of the Wyong electorate out of work or with reduced hours, with many of these workers struggling to get by on JobSeeker or Job Keeper.

“There’s 7,144 landlords in Wyong electorate feeling the pinch, with the package announced by the Berejiklian Government only helping less than 1 in 5 landlords.

“Tenants are terrified they’ll be evicted or saddled with mountains of debt after this health crisis is over and landlords are worried they won’t receive the rental income they need to pay the mortgage or to put food on the table,” Harris said.

“The current proposal for land tax rebates for landlords is utterly hopeless and will only help the 16 percent of landlords who actually pay land tax.

“What the Berejiklian Government is really saying is that there’s $440M to help the wealthiest 16 percent and everyone else can fend for themselves, it’s shameful.”

“I have been inundated with calls and emails from worried tenants and landlords,” Harris said.

“We need a package that will help mum and dad investors and won’t leave tenants saddled with unsustainable debt at the end of this crisis.”

“We look forward to debating the Government’s proposal in the Parliament, because it’s absolutely crucial we get this right for the renters and landlords of Wyong electorate”.