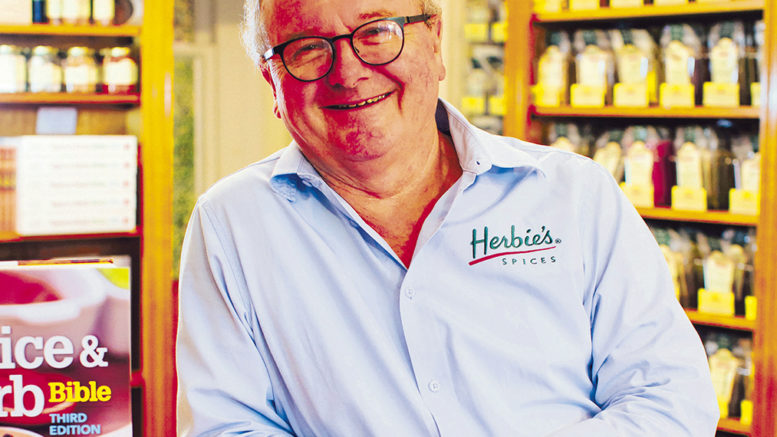 Ian ‘Herbie’ Hemphill, the man behind Charmhaven based Herbie’s Spices, will be featured in the 2020 Oxford virtual Symposium on Food and Cookery in July.

For almost 40 years, the Symposium has been a melting pot for ground breaking research into food and the culinary arts, with this year’s focus on the cultural and culinary impact of herbs and spices.

Having grown up on a herb farm (it’s where the nickname Herbie came from) and with a career that has spanned more than 30 years, multiple continents, six books and seen through the establishment of his highly successful artisanal herb and spice business, Ian is undoubtedly one of Australia’s leading experts on herbs and spices, so when he learned the topic of this year’s Symposium, he was quick to present a research paper.

His work, entitled ‘The Perils of Popularity’, was accepted, with Ian to make a virtual presentation with the Symposium being migrated online due to the coronavirus.

In a nod to the age old debate of quality versus quantity, Ian’s paper explores the link between the popularity and widespread acceptance of herbs, spices and spice blends in modern cookery, with the decline in product quality, as major producers churn out cheapened versions to meet the demands of suppliers and household consumers.

A purist at heart, Ian said his paper unpacked two major issues facing the herb and spice industry: the abundance of misinformation being spread to the general public and the lack of dedicated herb and spice knowledge within the professional circuit.

According to Ian, the two have worked hand in hand to see supermarket shelves flooded with inferior products.

He attributes the rise of misinformation on herbs and spices to their portrayal in mainstream media.

“These days it’s hard to find a recipe that doesn’t include herbs and spices.

Ian believes this could be rectified if more chefs and others in the industry with a large following were better educated on the topic.

“I do believe all culinary schools should have a curriculum on herbs and spices.

“There are so many things that professionals need to know about their uses, properties, flavours and freshness, and that can only come with proper training,” Ian said.

He also believes such focused education and training would have a trickledown effect, by allowing amateurs and culinary media access to more informed advice from professionals.

Out & About, Stirring Change