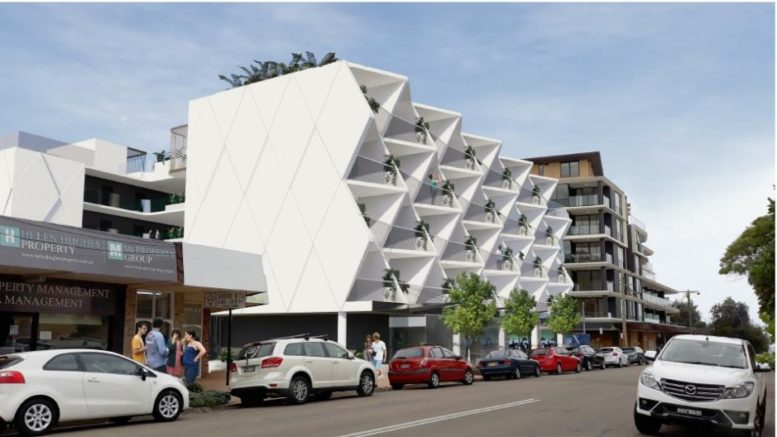 A five-storey hotel at Ettalong Beach was approved by Central Coast Council on May 11, with councillors adopting the staff recommendation.

The building breaks planning guidelines by being 10 percent higher than the 17 metre limit, having no setback to the rear lane in one area and has less than the recommended number of parking spaces.

However, the majority of councillors approved the 83-room hotel with two levels of basement parking for 77 cars.

The development at 216-220 Memorial Ave, Ettalong Beach, includes a restaurant, bar and function facilities and a rooftop bar and pool.

The application attracted 45 submissions objecting to the proposal last year, including objections about parking.

Cr Chris Holstein, who eventually voted for the proposal, asked questions about parking and pedestrian access in the laneway.

He added an amendment to the approval that a report be prepared for councillors about future parking proposals available for the Peninsula.

Cr Jane Smith said car parking in the area was an example of infrastructure not keeping up with development.

She said she was disappointed that the council did not ask the developer to be closer to conforming with the Development Control Plan.

Cr Richard Mehrtens said it was an exciting development and “brings new jobs and place activation and will make a difference”.

Cr Rebecca Gale agreed it was an exciting project that locals would enjoy and admire in the future. She said her only concern was parking and that was covered by the amendment.

Cr Chris Burke said he thought it was great for the area and he had no problem with the traffic “down there’’.

This was the Council’s second meeting held remotely without a public forum held beforehand.

Instead, if people submitted their speeches, the first four were read out by a staff member at the beginning of the meeting, with two against the proposal and two for the proposal.

Mr Peter Gillis from the Residents for Responsible Ettalong Development group wrote that the hotel was unsuitable and over scale and that visual impact mattered to residents.

“If it was reduced in scale, the car parking would be adequate,” he said.

Dentist Dr Baher Awad said he was worried about structural integrity for his business which is located in an existing building being ‘’cut down the middle’’ to make way for the hotel.

He said the noise and vibration as the hotel gets built would make it hard for his patients to be relaxed and comfortable in the dentist chair and he couldn’t see how he would be able to keep his business open during construction.

Dr Awad said he could not afford relocation costs.

He argued the variances were well founded and would have little impact.

Fourth speaker was the architect Mr Vince Squillace, who said the design was for a unique and iconic building.

“The vision was to create a local hub.

“It would create employment and offer a modern destination and a place for the locals too,” he said.

“The relationship to the Mantra and Atlantis have been a key driver.”

The Residents for Responsible Ettalong Development group member Ms Melanie Smith was gearing up to learn everything it could about the Local Planning Panel that would take over from councillors on decision making on development applications.

She said that, while the short- term building work may provide a stimulus, to put another building in an area already with vacant shop fronts and the struggling Mantra hotel was not going to help existing businesses.

She said the development would add to the traffic and parking pressure being created by the 52 units in DA49986, soon to appear on the existing Centrelink site, which is only two blocks away from the hotel site.

“Ettalong Beach has only 20 on-street parking spaces in the three blocks of the main commercial street, and 10 spaces in Memorial Ave outside the proposed hotel,” Ms Smith said.

“The lack of local parking spaces reflects the small village nature of Ettalong Beach, and there is no scope for increasing the number of spaces.

“The collective impact of multiple medium-high density buildings in the Ettalong Beach B2 zone has not been considered, and that local infrastructure will not support further high-rise development.

“There is insufficient information to address traffic issues and a potential for conflict with the predominant lower density residential development exists.”

Those who voted against the hotel proposal were councillors Jane Smith, Louise Greenaway, Kyle MacGregor and Doug Vincent.

This article appeared first in the Peninsula News print edition 494