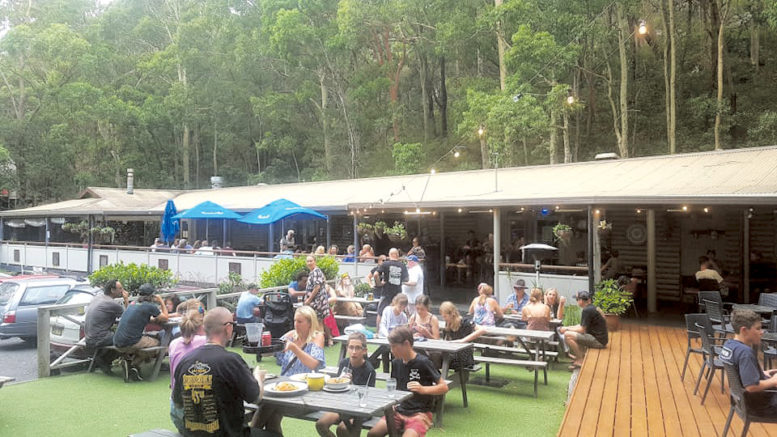 Hardys Bay Club on the back deck. A popular local music venue. Archive 2019

The Hardy’s Bay Community Club is seeking about $100,000 from the local community to avoid closure.

Hardy’s Bay Club liaison officer Ms Treveen Brown said the Club has been unable to maintain itself throughout the coronavirus venue restrictions.

“Due to Covid-19, all licensed clubs were required to close on March 23 and Hardys Bay Club also had to cancel all future functions and events,” she said.

“As a result, the club has had no income for seven weeks, including for the peak periods of Easter, school holidays and Anzac Day.

“Nobody knows when licensed clubs will be allowed to re-open and under what constraints.

“The club was already under some financial strain prior to Covid-19 and has since suffered the obvious losses due to the forced closure.”

Ms Brown said: “A reduction in rent had been offered by the landlord prior to the forced closure.

“However, Covid-19 has provided an opportunity to renegotiate the rental arrangements and the landlord is keen to hear what the club’s future plans might be so that further options may be considered.

“The club has applied for various government assistance packages but that will not be sufficient for the club to cover its financial requirements nor cover the costs of re-opening.

“Siri has decided not to re-open her Thai Restaurant.”

Ms Brown said: “The views of members and others in the community are being sought regarding the future of the club and to gauge the level of support of for the Club to re-open.”

This article appeared first in the Peninsula News print edition 494

Returned to Australia just in time