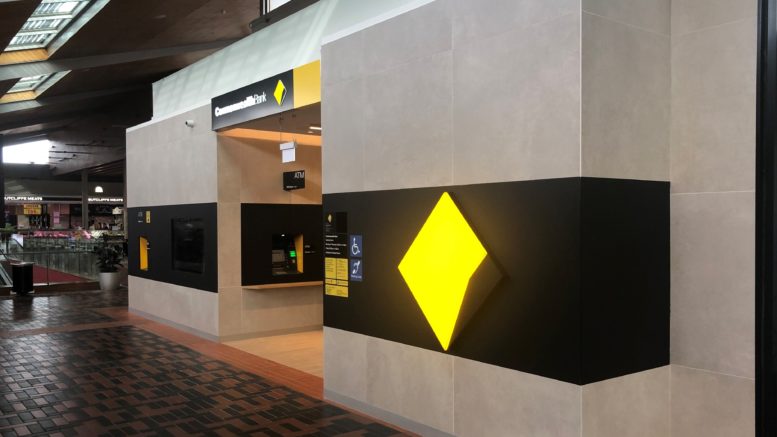 The Commonwealth Bank branch at Erina Fair is being refurbished

The Commonwealth Bank of Australia (CBA) is closing branches in Erina, Terrigal and The Entrance.

The branch at Fountain Plaza, Erina, has closed permanently, with staff relocating to the nearby Erina Fair branch where a multi-million dollar refurbishment is taking place.

A bank spokesperson said the larger Erina Fair branch would open later this month and showcase the latest in banking technology including coin counting devices, 24/7 access to ATMs with instant deposit capability and a change machine.

Meanwhile, branches at Terrigal and The Entrance will be temporarily closed for about six months as 20 staff relocate to support the bank’s call centre to cope with an influx of customer inquiries through the COVID-19 crisis.

The spokesperson said the Terrigal and The Entrance branches, as well as three more in Newcastle, were singled out to close temporarily because of their proximity to the call centre.

The fact that they are close to other branches would see minimal impact on both customers and staff.

“Since the coronavirus pandemic was declared in early March, calls to our hardship line had increased by 800 percent – about a million calls in the past six weeks,” the spokesperson said.

“Over the same period, visits by customers to bank branches have fallen more than 50 percent in some branches, as people follow social distancing and lockdown requirements.

“Transaction volumes in branch have dropped significantly as a result while there has been a large increase in customers doing their banking online.

“As a result, we are stepping up our support for customers by reassigning about 500 branch staff to our Australian-based call centres and online operations.

“This means we will temporarily close a number of branches across the country, primarily in metro areas.

“To minimise inconvenience for branch customers, temporary closures occur at branches were another branch is operating normally within five kilometres.

“ATMS at temporarily-closed branches continue to operate as normal and customers can also do day-to-day transactional banking at Post Offices.”

In April, Greater Bank also announced it would temporarily close its Gosford branch, and reduced the hours of operation of its remaining Central Coast branches, in response to changing customer behaviour due to the COVID-19 pandemic.

Chief Executive Officer, Scott Morgan, said the community’s response to the new COVID-19 shutdown laws had resulted in a significant shift in the way customers are transacting with the bank.

“Over the last two weeks, our over-the-counter transactions have dropped significantly, and we have seen an increase in the use of our other banking channels,” he said back on April 8.

“These temporary changes will allow us to redeploy our branch employees to support our customers in these other channels, which includes the establishment of four remote contact centres to help manage the higher than average call volumes.