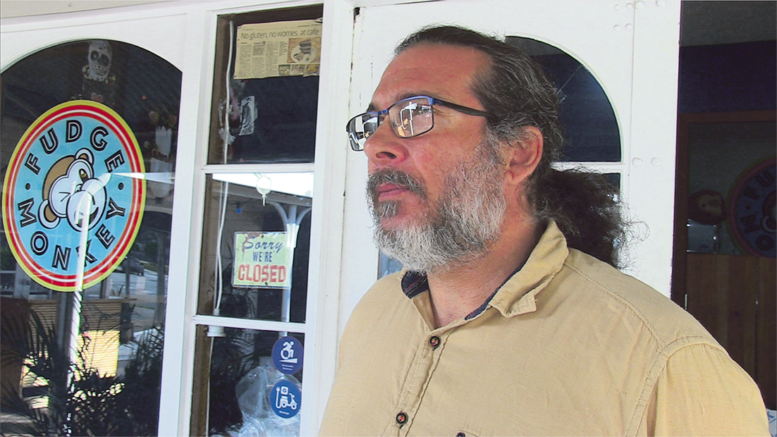 A Woy Woy cafe has closed its doors having suffered a break-in after it suffered a downturn with coronavirus.

Nevertheless, cafe and cake-shop owners Mr Ganesh Crumlin and Ms Angie O’Sullivan are determined to continue with their Fudge Monkey brand and reputation.

“When the bushfires happened, things started to go on a downward spiral,” Mr Crumlin said.

“We started to kick back up again – reinvent ourselves with the new renovations, trying to make the place look more funky – until Covid hit.”

However, a break and enter incident on the night of April 19 was “the straw that broke the Monkey’s back”, he said.

Facing an unpredictable future, they decided that carrying on with the store would be too hard.

Mr Crumlin said their small operation did not qualify for government help schemes.

“Not the JobKeeper Scheme – we had seven employees but they were all casual.

“The tax relief would be great if we earnt enough to pay tax, but we don’t.”

The business had started when the couple escaped the corporate rat-race in the city.

“We decided it was time to do something for ourselves,” Mr Crumlin said.

“We wanted to do something that made people happy so we decided to make sweets.”

The couple sold fudge at local markets and slowly gained popularity within the Woy Woy and on the Central Coast.

“We made the decision to go completely gluten-free and then it really snowballed.”

As demand grew, the two soon outgrew their own kitchen, and three years ago they moved into their Woy Woy store.

Mr Crumlin said they were doing very well before the recent downturn.

This article appeared first in the Peninsula News print edition 493