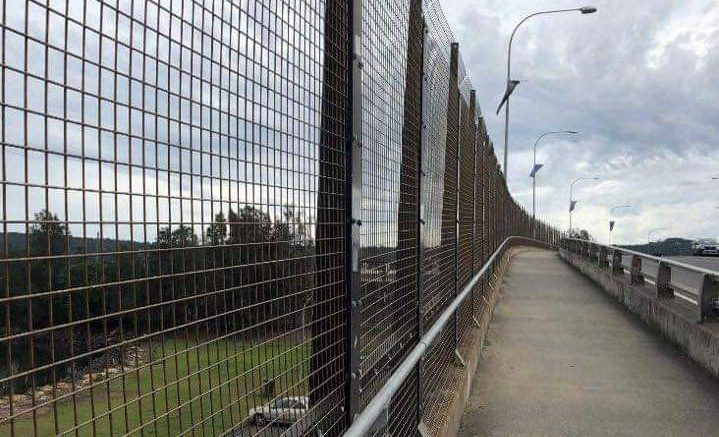 St Huberts Island Residents Association says a safety barrier on the bridge proposed by Central Coast Council is “overkill” and will do little to deter bridge jumpers as it is intended.

Association president Mr Ken Stewart said the group received notice from Council that it was going to refurbish and paint the railings on the bridge.

At the same time, it would erect metal barriers across the bridge which connects Empire Bay Dr and Helmsman Boulevarde.

The association has sought the community’s feedback through letterbox dropped flyers around the island and along the mainland waterfront from Merritts Wharf to the traffic lights on Empire Bay Dr at Daleys Point, because those properties also would be affected by the view of the barriers.

“The metal barriers got everyone well and truly fired up,” Mr Stewart said.

“Overwhelmingly, the residents are not in favour and we’re not satisfied the mesh barriers will prevent bridge jumping.”

The association received a letter from Council saying work planned for the bridge included removal of the existing bridge railings and replacement with safety barrier mesh fencing on both sides of St Huberts Island bridge.

“This will improve the safety of pedestrians and deter improper actions of some members of the public previously experienced on the bridge,” the letter said.

“Council has engaged an appropriately quality civil and structural engineering consultant to design the proposed safety barrier mesh fencing in accordance with guidelines and standards.

“It is anticipated tenders for the supply and installation of the new safety barrier mesh fencing will be called in June-July 2020 … and the residents association would be advised when work would start,” the letter said.

Mr Stewart said the mesh barrier Council suggested would not stop jumping as its design still meant it could be climbed.

“On the Rip Bridge, for example, there is a security barrier on the pedestrian side that’s all vertical and it can’t be climbed, but if you use the square mesh like Council is planning for our bridge, its perfect for climbing,” Mr Stewart said.

Council will receive written comments until May 8.

This article appeared first in the Peninsula News print edition 493