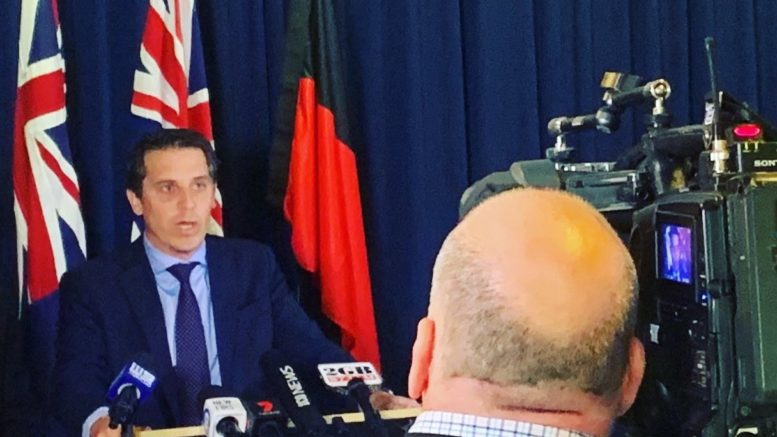 The State Opposition is calling on the NSW Government to immediately expand testing to everyone reporting COVID-19 symptoms on the Central Coast, with the region reporting the fifth highest number of confirmed cases in the state.

Shadow Minister for Health Ryan Park questioned why the Coast and several other regions hadn’t qualified for more testing under new criteria issued by the Government.

“In an Australian first, the Queensland Government has already declared the Central Coast, Sutherland Shire and Canterbury Bankstown to be virus ‘hotspots’ and is forcing anyone returning to Queensland from these areas to self-isolate for 14 days,” Park said.

“Testing in NSW has generally been limited to returning travellers or known contacts of confirmed cases.

“However, NSW has now made testing available to anyone reporting symptoms in areas like Blacktown, Westmead and Liverpool – after doing so for places like Ryde, the Eastern Suburbs, Broken Hill and Port Macquarie (the previous week).”

Park questioned why the Central Coast, which had 102 confirmed cases at April 12, has been left off the list.

“While we welcome any expansion in testing for COVID-19, it’s vital that anyone who needs a test can get one in any part of NSW,” he said.

“The Central Coast, Sutherland Shire, Canterbury-Bankstown, Bayside, Georges River, Newcastle and Wollongong all have significant presence of COVID-19 – and often higher case numbers than areas where the criteria to get a test have been relaxed.

“If Queensland is requiring anyone who has been on the Central Coast, Sutherland Shire or Canterbury-Bankstown to self-isolate for 14 days, then NSW should be fully testing its own residents in these locations.”

Park said it was also long overdue to test all aged care workers.