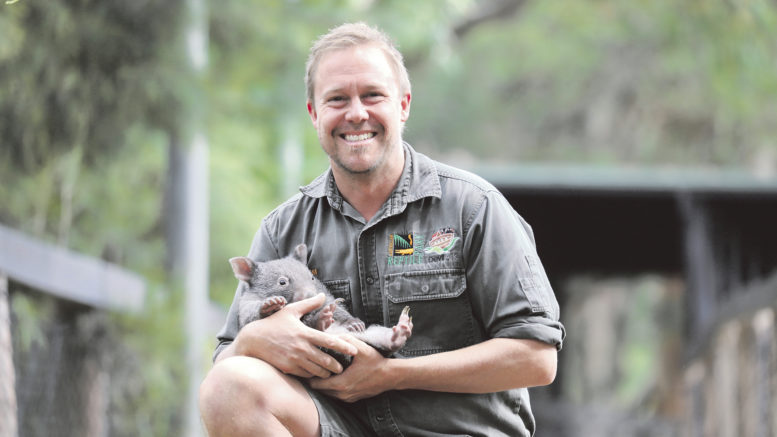 Tim Faulkner with the baby wombat

There’s a new ray of Hope at the Australian Reptile Park in the form of a baby wombat which was delivered to the Park after its mum was hit and killed by a car just before Easter.

A family passing by found the tiny creature in the mother’s pouch and delivered it to the Park, where Manager, Tim Faulkner, became her new carer and surrogate mum.

The Park launched an online competition to search for a name for its newest addition, attracting thousands of submissions.

“After hours of searching through comments and messages, staff found it extremely fitting in these uncertain times that her name became ‘Hope’ as she brings smiles all over the world and lifts spirits when people see her cute little face,” Faulkner said.

“The name ‘Hope’ was one of the most frequent suggestions on the initial video introduction of the little wombat, which received over half a million views.

“As soon as I saw the name, I knew it was perfect – she is the perfect little sign of hope for Australian wildlife and the world in these unprecedented times,” Faulkner said.

“Australia has the worst mammal extinction rate on the planet, and we need to do what we can to change this, especially since the tragic fires that Australia faced recently.”

For now, ‘Hope’ the wombat will remain in the care of Tim Faulkner and staff until she is old enough to be re-released back into the wild.