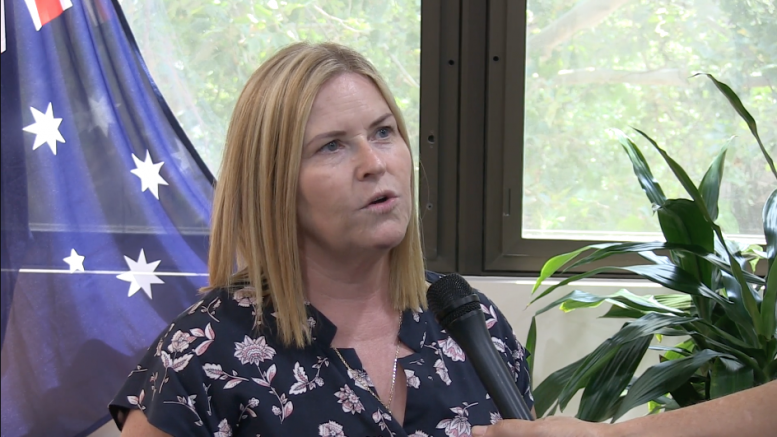 Central Coast Mayor, Lisa Matthews, has described an unsuccessful motion at the Council meeting on February 24 to force her to resign as prompted by a “hateful campaign” fuelled by politically motivated social media groups.

“People took a natural disaster and made it a political football”, Cr Matthews said of the motion from Councillors Bruce McLachlan and Greg Best, who called for her resignation due to “an unprecedented collapse in community confidence in Council”.

Cr Matthews came in for criticism over her failure to secure the opening of The Entrance Channel in the wake of a severe storm event in the region on February 7-9, which saw thousands of homes and businesses in the area flooded.

There were also suggestions that she had misled the public.
However, a media statement was issued by Council on February 21 to “correct the record in relation to information provided to the Mayor that was shared with the media”.

The statement said Council staff had “incorrectly indicated to the Office of the Mayor that Council required approval to open an additional channel at The Entrance during this natural disaster event”, information which the Mayor shared with media.

“Central Coast Council holds licences administered by the NSW Department of Planning, Industry and Environment (Crown Land) and by the NSW Department of Primary Industries, authorising Council to undertake maintenance dredging and beach nourishment in the vicinity of the channel at The Entrance and The Entrance North, following notification to the appropriate government department,” the statement said.

Central Coast Council CEO, Gary Murphy, said there was no intention on the part of Council staff to mislead the community or the Office of the Mayor.
“Staff made an honest mistake in respect of the information they provided to the Office of the Mayor; the Mayor has then unknowingly relayed this incorrect information to the media,” Murphy said.
“It is a case of staff working round the clock during and after this natural disaster event.

“This matter has been addressed with staff.”
In answer to community speculation that the Mayor could have ordered the CEO to set a channel clearing in motion, the statement also clarified that the Mayor’s role was that of a “first among equals” and that she does not have power under the Local Government Act to direct the CEO without a resolution of the governing body (Council).
The statement also clarified a media release issued on February 14, which “mistakenly stated that Council had been waiting for NSW Government funding since June, 2019”.

“Whilst Council submitted an application to the NSW Government’s Rescuing our Waterways Fund in November, 2019, when the formal funding program had opened, Council had also proactively submitted a prior request for funding in June, 2019, outside of the program open period,” the statement said.

Council’s CEO, Garry Murphy, said at the February 24 meeting, that he was “severely restricted in what he could and couldn’t say about how Council responded to this event because of possible pending legal action”.
“I apologise for some incorrect information given to the community and our Mayor,” he said.

“There are always lessons to be learnt, we can always improve, so regardless of the outcome of any legal action, I make this commitment that we will review our processes, procedures and our decision making, and make any necessary
improvements,” Murphy said.
Council’s Director of Governance, Dr Liz Devlin, addressed the meeting to inform councillors that it would not be “appropriate for council staff to answer any questions because of the potential for legal proceedings”.
Even so, the motion went ahead at the February 24 meeting, attracting heated debate.
Cr Best described a video posted on social media by the Mayor showing her walking through floodwaters as “a train wreck” and Cr McLachlan said that while the Mayor could not be blamed for floods, “what we’re talking about is leadership”.

Cr Kyle McGregor described the motion as a “hunting expedition” and said it did not offer a solution, but fanned the flames of opposition.
“Childish, petty political games have to stop,” he said.
Cr Jillian Hogan said the motion had a political agenda and was intended to destabilise the Council in the run up to the September local government elections.
Her comments were met with voices of dissent from the public gallery.
Cr Hogan also said councillors had been hit, jostled and called names over the issue.

An attempt by Cr Jilly Pilon to speak to the Motion was denied, with the Mayor saying two speakers had already been heard for each side and the 30 minute’s debate time had expired, as set out in the Council’s Code of Meeting Practice.
Cr Pilon called for a motion of dissent, which was lost.
The motion was defeated 7-5, with Councillors Best, McLachlan, Pilon, Chris Burke and Troy Marquart voting in favour and Councillors Jane Smith, Doug Vincent, Jeff Sundstrom, Richard Mehrtens, Hogan, MacGregor and Louise Greenaway voting against.

The Mayor said following the meeting that she had made the “personal decision” to take down her council Facebook page after name calling and personal comments began to affect her family.
“To be clear, I live in a flood prone area and this was the third flood I have experienced since living there,” she said.

“I made the decision to vacate my home when floodwaters cut off our gas and moved, with my son, to a friend’s home for some days.
“We were trapped there for some time but were able to access hot water and cook.
“I was actively making contact with Council staff from the morning of February 7.”
Cr Matthews said she did not return to her own home until after February 25.

“I have been out in the community, helping to rebuild,” she said.
Councillors Bruce McLachlan and Jilly Pilon are also believed to have also closed their Council Facebook pages following the February 24 meeting.

Call for Mayor to resign