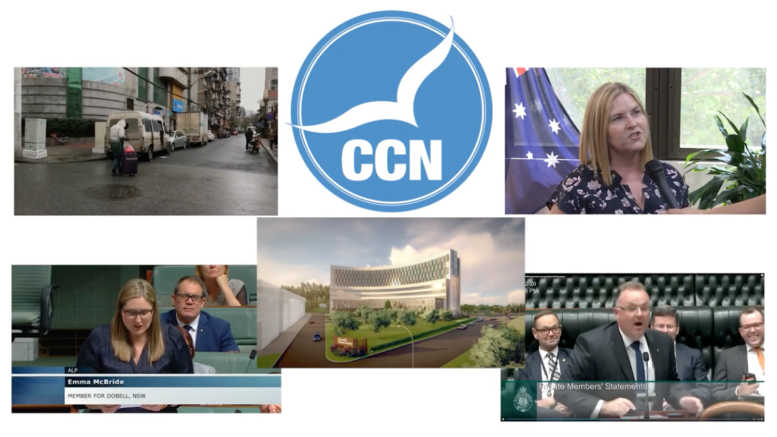 Thousands of retirees around the Central coast will be watching their retirement account balances anxiously over coming months as global share markets went into free fall this week.

The benchmark ASX200 Index for Australian shares has fallen over 10 per cent this and the Australian dollar has fallen to as low as 65 US cents.

The selloff is primarily a result of growing fears of a rapid spread of the coronavirus outside of China, as well as the economic impact of extended disruptions to global supply chains.

Central Coast Mayor Lisa Matthews survived a notice of motion calling for her to resign in Monday night’s council meeting.

The motion, brought by Councillors Greg Best and Bruce McLaghlan, was motivated by a loss of confidence in the Mayor over her handling of the Entrance channel and related flooding as well as Council’s finances.

Mayor Matthews defended her response to the flood crisis and said the notice of motion was part of an opportunistic and hateful social media campaign by a politically motivated group.

The issue has cast light over where responsibility for management of The Entrance waterways actually sits.

Prior to the meeting, a Council release said that Council staff had provided incorrect advice to the Mayor about Counci’s approval process for opening the channel during a natural disaster event.

And the political recriminations spilled over into State Parliament this week when local MPs David Mehan and Adam Crouch went toe to toe in a slinging match over who was to blame for the channel woes.

After a heated exchange, Mehan was ordered to leave the chamber for using foul language.

We spoke with David Mehan earlier to get his take on proceedings.

And since, we’ve covered local and state governments, we may as well turn to Federal Parliament where the ALP Member for Dobell, Emma McBride, has levelled accusations at that the bulk of $105 million set aside for public infrastructure monies was directed into the Liberal held electorate of Robertson at the expense of the Dobell electorate.

Lucy Wicks has refuted the accusations.

Putting politics aside, now and plans for the $350M Northside Private Hospital complex in Gosford went on exhibition today.

One of the Coast’s iconic wetlands, Springfield Pond, is in peril according to local resident spokesperson, Glenys Ray.

Ray says that noxious weed control had been implemented over part of the site owned by Council, but not on another 4,000sq m of privately owned wetland upstream.

In Sport, and Gosford High School senior girls triathlon trio of Ellie, Anya and Zoe have taken out the NSW All-Schools Triathlon event at the Sydney International Regatta Centre this week.

Against very highly rated opposition, Ellie laid the groundwork with an awesome swim, cycling star Anya then powered through the cycle leg before Zoe ran like the wind to cross the line in first place.

Kincumber-Avoca have emerged victorious in the U21 Glenn Rowlands Shield, defeating Southern Spirit to take out the title for the second year in a row.

In a rain-reduced 18-over match, Spirit won the toss and sent the Griffins in to bat.

A third wicket stand from Dan Heuston and Bryce Birks helped guide Kincumber-Avoca to a score of 8-86, with ES Jones taking 3-14.

Southern Spirit’s innings started badly losing two wickets in the first over and, despite a strong knock of 28 by Lachlan Cork, they collapsed to be all out for 69, with Dylan Booth taking 3 wickets for 18.

Bryce Birks from Kincumber-Avoca was named player of the Finals

This week marked the start of the Vissla NSW Pro Surf series at Avoca beach. Local, national and international surfers are cutting up the waves over the weekend and the public are encouraged to come down and enjoy  the spectacle.

Also this weekend will see the  LGBTQI Mardi Gras, but not all the action will be taking place in Sydney.

Naughty Noodle and the broader LGBTQI community of the Central coast will be hosting their own Mardi Gras party right here and for the first time will be part of a global broadcast via SBS TV.  We went down earlier today to check out the party preparations.

That’s all for this week. Thanks for joining us.

News, On the Beat, Regional