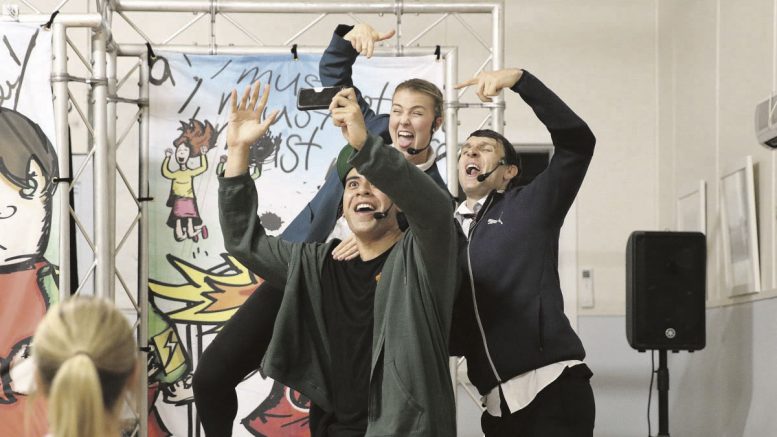 The Smashed Project assists in the fight against teenage binge drinking

The Smashed Project will return to high schools across the former Wyong Shire in February.

A theatre-in-education program dedicated to breaking the culture of underage drinking and reducing alcohol related harm in young people, The Smashed Project, visited schools across the Coast in 2019 to rave reviews.
Smashed is being delivered at a time when the latest findings from the Australian Institute of Health and Welfare indicate that overall, Australians are drinking less, and that more underage Australians are abstaining from alcohol than ever before.

The program is an effective way to engage young teens on the risks of alcohol misuse, because it brings the topic to life in a dynamic, credible way.
“The results are clear that students and teaching staff are responding well to our fun, interactive, yet educational, program. “Young people in this age group don’t respond well to being lectured to and value having open and honest conversations about drinking and how this can impact their physical and mental wellbeing,” Watt said.

The production is also intended to give confidence and ideas to students on how to avoid and deal with peer pressure.Watt said a post-program evaluation study following last year’s Australian tour found that the education program improved student’s understanding, attitudes and behaviours towards drinking.

The study found that: Students increased their awareness of the impact underage drinking can have on their physical health by 33 per cent; The proportion of students who said they know ‘lots about the dangers of underage drinking’ increased from 51 per cent to 72 per cent;

The proportion of students who say they know ‘lots’ about the term ‘sexual harassment’ after taking part in the project increased from 41 per cent to 62 per cent; and, 91 per cent of students said they felt equipped to make the right choices about drinking after participating in the program.