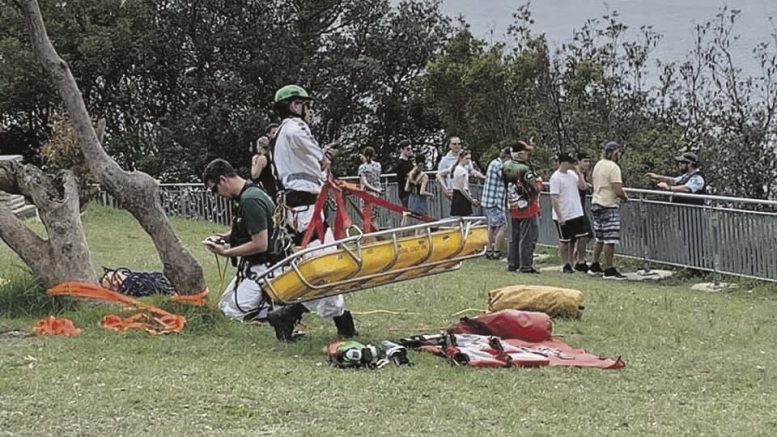 Rescuers prepare to winch the man to safety

A hang glider was rescued from a cliff off Bateau Bay’s Crackneck Lookout after crashing his glider.

Emergency services were called to the lookout, located in Wyrrabalong National Park, at around midday on Saturday, February 15, following reports that a hang glider was stranded on a cliff.

Witnesses told media that the man was gliding near the escarpment when a strong burst of wind pushed him towards the scarp face with his parachute becoming tangled in trees growing along it.

Video footage captured by another witness corroborated the reports, capturing the moment that the wind flared and the aftermath.

Emergency services secured the area before winching the man to safety and awaiting paramedics.

He was then airlifted to Royal North Shore Hospital for treatment and further assessment.