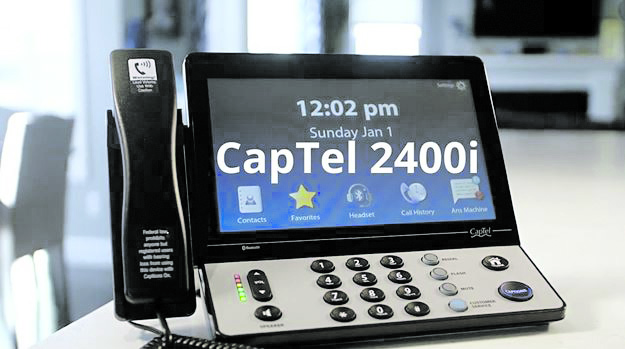 Federal Member for Dobell, Emma McBride, has labelled the Morrison Government’s cutting of CapTel services as a “cruel blow” to older Australians who are deaf or hearing impaired.

CapTel, short for captioned telephones, are special telephones that allow deaf and hearing impaired Australians to make and receive telephone calls using text relay via the National Relay Service (NRS).
According to McBride, many elderly deaf Australians rely on this service to stay in touch with family and friends and to access emergency services, but the service was cut by the Federal government on February 1.
“The average age of a CapTel user is 82, and the deaf community was not even consulted by the Morrison Government about the decision to cut NRS funding and services.
“The cutting off of CapTel phones, and delays in delivering alternatives, is distressing some of the most vulnerable people in the community,” McBride said.
Ian Rimes, 74, of Wamberal, is hearing impaired and filled out a survey with the National Relay Service Helpdesk in December.
He has been told that he will not receive his teletypewriter (TTY) until March.
A TTY is a special device that lets people who are deaf, hearing or speech impaired, use the telephone by allowing them to type back and forth instead of speaking and listening.
“The Morrison Government is forcing elderly deaf Australians like Ian onto inferior relay technology that is less functional and more complex to use.
“Ian is a Board Member of the Central Coast branch of Better Hearing Australia, who are very concerned about those who cannot advocate for themselves and who are dependent on their CapTel service,” McBride said.
“Ian said he felt that the NRS was fobbing people off and trying to tell people to use a mobile phone, but that is not good enough,” she said.
“Many in the community have said alternative services do not meet their needs, and this potentially puts the safety of some CapTel users at risk.
“Loneliness and isolation are increasing problems in our community and I am concerned that these changes may impact the mental health and well being of older deaf and hearing impaired Australians.
“Labor calls on the Morrison Government to make sure that no user is worse off as a result of their funding cuts and backwards technology,” McBride said.
Federal Member for Robertson, Lucy Wicks, was approached for comment.