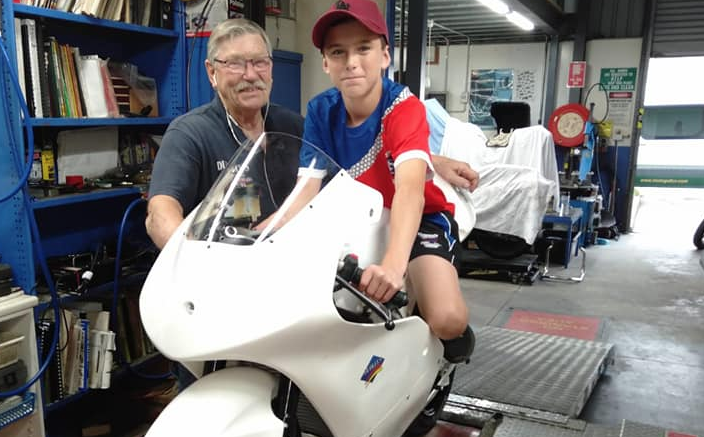 At the ripe age of 11, Charmhaven’s Carter Thompson is set to take on the most talented young motor bike riders in Asia.

Carter is just one of two young Australian riders selected for the Asia Talent Cup, beginning in March, and one of the youngest ever to compete in the competition.
In Asia, Carter will race against riders of up to 16 years of age.
“It makes me a little bit nervous, but I’m also a bit used to it because I race against seniors over here in Australia,” he said.
Last year, Carter claimed the first ever round of the Oceania Junior Cup with two wins in the Motul Pirelli Australian Superbike Championship at Wakefield Park, Goulburn.
Carter started riding when he was just six, starting with dirt bikes before moving to road bikes two years ago.
Carter says his favourite rider is Valentino Rossi, but his other idol is his great grandfather who, like Carter, raced with the number 21.

House fire believed to be sparked by a cigarette

Grant delayed by inability to complete a lease