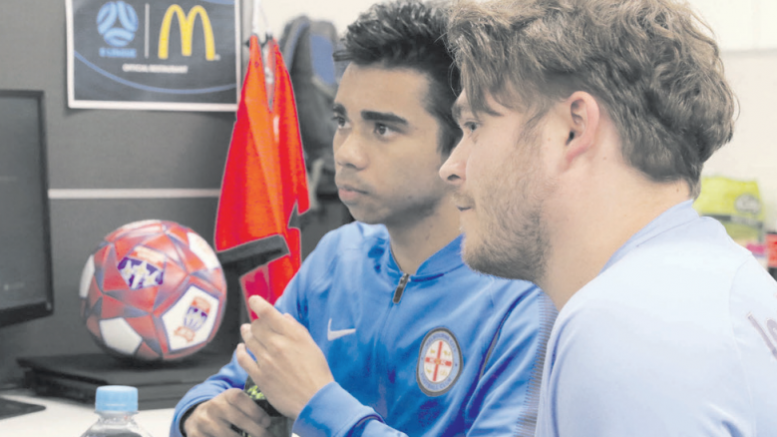 e-league gamers on the Central Coast are encouraged to get involved.

Central Coast sports gamers will have the opportunity to compete in, or watch, a new-look E-League 2020.

The revamped E-League Season 3 was officially launched on January 10 with a new competition format and venues, and will be played over 11 rounds over two Saturdays, February 15 and March 7, at the ESL Studios in Sydney.

The E-league 2020 Finals Series will then be held on Saturday, May 9 at the new Fortress Melbourne, the largest gaming and esports venue in the Southern Hemisphere.

The two venues will accommodate more fans who want to cheer on their favourite competitors in the flesh. The E-League is an initiative designed to connect fans of the EA SPORTS FIFA 18 game with the Hyundai A-League. The game can be played on both Xbox and PlayStation.

Each A-League club selects two E-League competitors, one directly and the other via a draft. The clubs then play each other during the two weekend “regular season” to determine the E-League Premiers based on competition points.

The Finals Series in May will remain as a seeded, knock-out to determine the E-League Champion for 2020.

“After two seasons of the E-League, it was timely for us to reassess and revise our strategy for the future of the competition,” said O’Rourke. “It’s an important part of our long term strategy for the Leagues.”

EA Sports have also confirmed the E-League is now a League Qualifying Tournament II of the EA SPORTS FIFA 20 Global Series, which provides a pathway for competitors to compete at the FIFA eWorld Cup. In Season 2 (May 2019), the Central Coast Mariners were represented by Jesse “JesseD1996” Da Silva and Kiran “KyrenFIFA” Gupta, both of whom competed in Season 1.