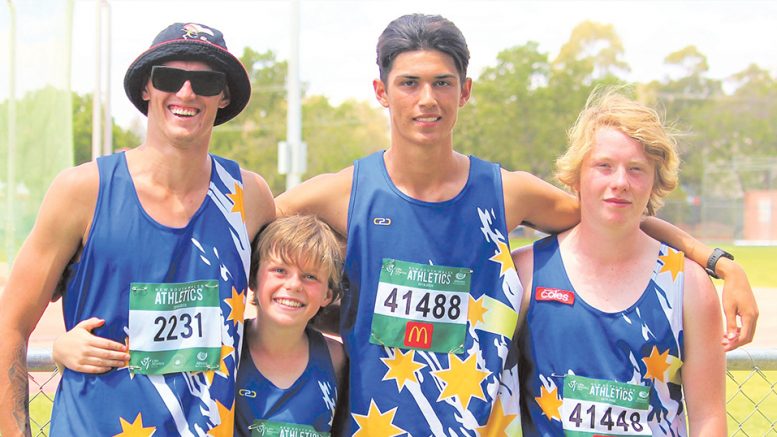 Gunn ran a personal best time of 21.65 to win the 200 metres on the Saturday and then backed up the following day to cruise to victory in the open 400 metres in a time of 47.71 seconds.
His time in the 400 metres was just outside of Gunn’s personal best of 46.87 set in the 2018 Junior Track and Field Championships.
Gunn was forced out of the IAAF World Championships in Doha in 2019 with a hamstring tear and was delighted with how he now felt during and after the two events.
“I felt really good.
“I was able to hold form throughout the race and that’s what we’ve been focusing on, getting that strength.
“Speed can come later in the season.” Gunn said.
The athlete’s emphatic return from injury is timely with the 2020 Tokyo Olympics fast approaching.
Gunn has until the end of June to reach the Olympic qualifying time of 44.90 seconds.
The qualifying time for the men’s 200 metres in Tokyo is the lowest it’s ever been at 20.24 seconds, but Gunn believes he still has plenty of room for improvement.
“We’ll take it race-by-race as it comes and not really look at that big future, we’ll just see how we feel each session …. we’re really looking forward to it.”