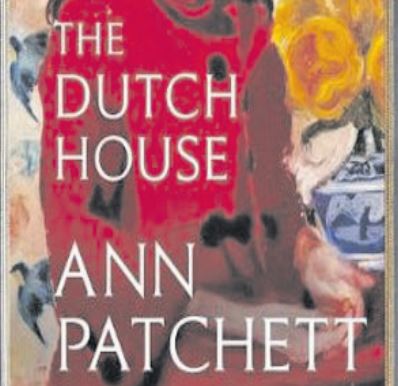 I’m a sucker for Ann Patchett. This is her eighth novel and the fourth one I have read (my favourite is State of Wonder). The Dutch House is as a heart-wrenching novel of the close bond between a brother and sister, their childhood home, and a past that will not let them go.

The story takes place after World War II and follows the life of Danny Conroy and his older sister Maeve. It is narrated through the eyes of an adult Danny and flips back and forward from his childhood and teenage years to the present.

We first meet Maeve and Danny as children when they are introduced to Andrea, a young widow their father brings to their house, the Dutch House. The Dutch House is so named because of the family that built it, the VanHoebeeks.

It was constructed on the outskirts of Philadelphia by a team of craftsmen with pieces imported from a castle in Utrecht. Everyone in Philadelphia knows of the Dutch House. Prior to meeting Andrea, their children’s father, Cyril, comes into a fortune from property and buys the house and all its contents, including enormous singular portraits of Mr. and Mrs. VanHoebeek, as a present for his wife, Elna.

Elna is unnerved by their new fortune and the grandeur of the house, the belongings left behind by its former owners and the tragedy surrounding them. In short, she hates it and leaves, seemingly without reason when Danny is 3 and Maeve 10. The loss brings Maeve and Danny close, really close. Their father on the other hand is distant, really distant.

He doesn’t talk to Danny: “What I knew of my father was what I saw. ” Their father’s new partner, Andrea, sets her sights on the grandeur of the Dutch House and, once they marry, she moves in with her two young daughters. She proceeds to dominate the house and Cyril, becoming the quintessential evil stepmother. When Cyril dies of a heart attack, and with Maeve already at college, Andrea takes over the family’s wealth and ejects Danny from the house.

He goes away to boarding school and then to medical school but finishes up following his father’s footsteps into real estate. As Danny eschews a medical career, Maeve eschews medical treatment for diabetes. All these events bring Danny and Maeve closer and closer together. They often sit in Maeve’s car outside the Dutch house and reminisce, but as Danny notes,

“Do you think it’s possible to ever see the past as it actually was? ” This scene dramatizes the central conflict in the story, not the struggle between orphans and stepmother, but between childhood memory and adult reflection and analysis, wonderfully penned by Patchett through the shifts in time. Ultimately, The Dutch House is a story about love, strength and forgiveness, about the imprint of childhood and about coming home. I really enjoyed it.

I liked its flow, the detail and subtlety with which Patchett develops each of her characters and the way she captures the optimism of postwar America, notwithstanding the loss and torments of the children’s lives.

Patchett is a highly acclaimed author, beginning with her Orange prize-winning breakthrough Bel Canto (2001) all the way through to her next-to-most-recent novel, Commonwealth (2016). She reflected that The Dutch House is a very old story “One where you’re in one family, and all of a sudden, you’re in another family and it’s not your choice and you can’t get out. ”