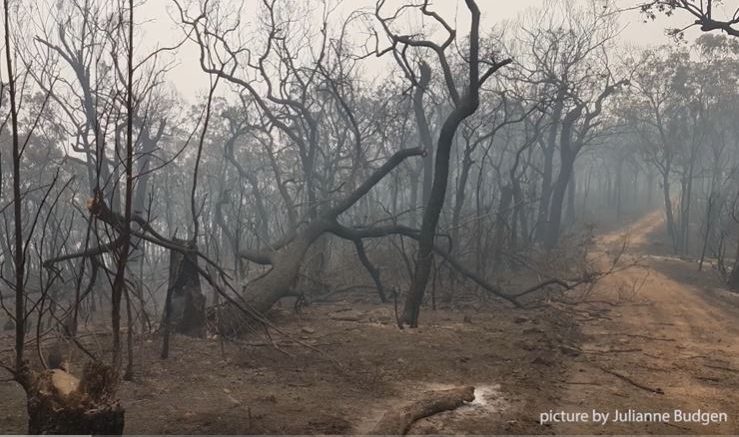 Almost $750,000 has been paid out to Central Coast residents in disaster relief payments from the Federal Government in the wake of the bushfire crisis, Member for Robertson, Lucy Wicks, has announced.

Wicks said 615 claims had been granted for the Central Coast local government area as part of the $57M Disaster Recovery and Disaster Recovery Allowance schemes since September, 2019. “The payments are about ensuring that those who need immediate assistance for essential items can receive it quickly, ” Wicks said.

“Whilst the damage on the Central Coast was fortunately not as severe as (in) other regions, I’m pleased that so many people have been able to access financial support. “I’ve heard from a number of locals who have sustained damage to fencing, water tanks, sheds and other important infrastructure on their properties.

“These funds have gone a long way in helping people repair the damage caused by the bushfires. ” Wicks said the Government had made it simpler to get support when it is needed. “Previously, a person would only qualify for disaster recovery payments if their home was destroyed or sustained major interior damage, or if they tragically lost family members in the disaster, ” she said.

“Now, the Government has ensured that Australians will also qualify for a payment if major assets worth a cumulative total of $20,000 have been destroyed at the primary place of residence, or if their homes sustained major interior or exterior damage. ” She said the application process had also been simplified. The payments are is addition to a $2B committed to the National Bushfire Recovery Fund, she said.

This includes: $60M to support severely impacted local councils (including $1 million for Central Coast Council); $76M for mental health support through counselling and Medicare; a $50M down payment to protect wildlife; $40M paid to charities to help them provide direct assistance on the ground; $10M for expanded financial counselling for families ; $15M for rural financial counsellors; $8M for mental health support; Increased resources for the National Aerial Firefighting Centre; Over $100M to help states clean up bushfire damaged buildings; and, $76M to rebuild the tourism industry.

Prepare for an uncertain future