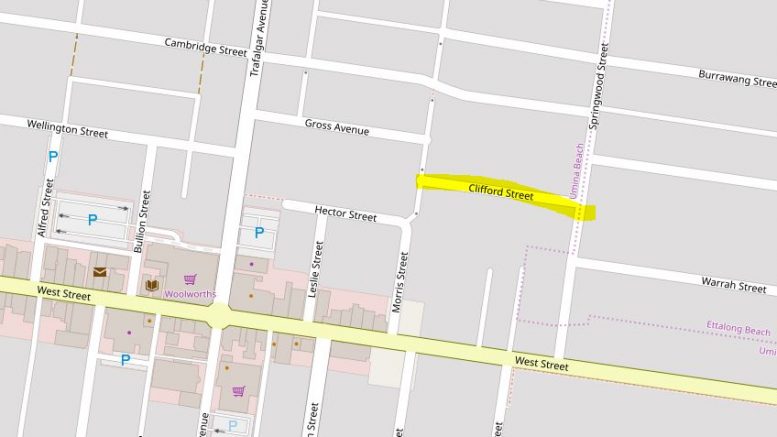 A three-villa development at 4 Clifford St, Umina Beach, has been finally given the go-ahead by Central Coast Council after several amendments and a site inspection.

The development application (DA 54622) from Mr David Murray went to the councillors for decision because the 670sqm site was smaller by 10.6 percent than the site requirement of 750sqm for a multi-dwelling development. It also departed from the maximum floor height for the lowest occupied storey, with a small portion of one of the units being 1.3m, a variation of 30 percent.

According to the application, this was a result of topography, with the site falling away from the road. Setbacks from site boundaries to exterior walls were 70 percent less than required on the eastern side, 57 percent on the western side, and 12.55 percent on the front setback. Dwelling with ground floor entry required a minimum private open space of 50sqm and this proposal has only 44.14sqm.

The applicant’s planning consultant Mr Matthew Wales spoke in Public Forum ahead of the meeting and said the application had been lodged in June last year and “has been the subject of extensive consultation with council staff in order to resolve a number of issues relating mainly to solar access and neighbor amenity”.

Mr Wales said, even though this was “only a modest threeunit villa site, this application and assessment has been thorough and resulted in a better outcome for the site”.

Plans had been amended to address matters raised by Council’s initial assessment and in the three public submissions. A report by the Council’s senior development planner, Ms Karen Hanratty, said that to overcome privacy concerns, a privacy screen would be added to Unit 3 to prevent overlooking and at Unit 2, a solid balustrade on the terrace would be higher and the eastern wall on the upper level would be extended.

The report said modification to the roof over the living area of Unit 3 would improve solar access to that space, as requested by Council.

Only Cr Jeff Sundstrom and Cr Chris Holstein attended the site inspection with Council officers and, when it went to vote at Council’s November 25 meeting, Crs Jane Smith, Kyle MacGregor and Louise Greenaway did not support approval.

However, Ms Hanratty said in her report that the development was in a key location close to Umina Beach town centre, it was consistent with other medium density villas in the immediate locality and would provide important high-quality residential accommodation.