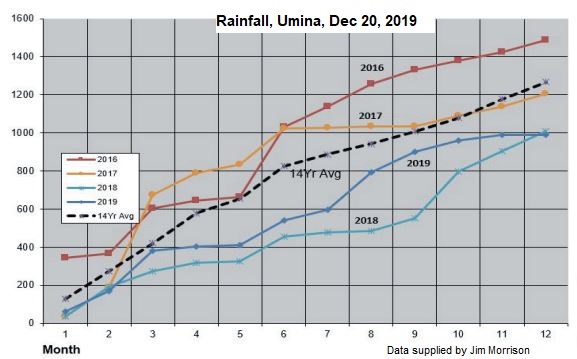 Rainfall as measured by Jim Morrison of Umina

As of December 20, not even 1mm of rain has fallen on the Peninsula this December with Bureau of Meteorology forecasts for the next week indicating this is unlikely to change. Should December end without any rainfall it will officially be the driest month of 2019, a record currently held by May which saw just 5mm of rainfall.