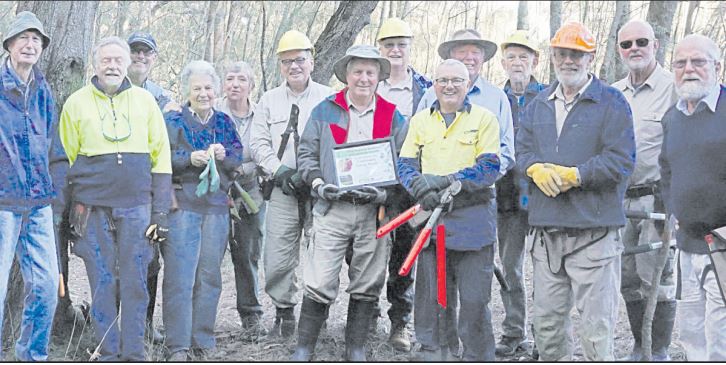 Member for Terrigal Mr Adam Crouch congratulated the group for its long-term efforts to improve national parks. “The group began in 2001 as the Bitou Bashers to remove bitou weed from the area surrounding Maitland Bay, ” Mr Crouch said.

“Each year these volunteers give more than 1500 hours of their time to the community. “The original group of six morphed into Bouddi Bushcare and now has 18 members who meet weekly. “The group now works throughout Bouddi National Park including Riley’s Bay, Little Beach, Tallow Beach, Maitland Bay and Putty Beach.

“It also assists at other sites such as Wambina, Wamberal and Pelican Island nature reserves. “I congratulate Bouddi Bushcare Group for its persistence at removing weeds that threaten endangered plants and plant communities, ” he said.