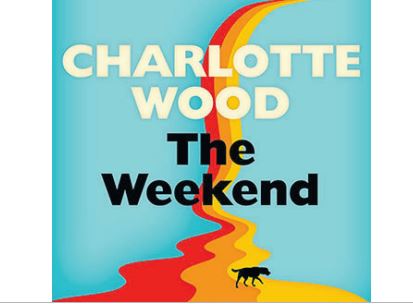 Book review: The Weekend by Charlotte Wood, as reviewed by Kim Reardon

Three friends come together for a weekend to clean out the beach house of their friend, Sylvie, who has just passed away. Sylvie’s partner, Gail, has gone to Ireland and left them to it, saying they can take anything they want.

Jude, Wendy and Adele are all in their 70’s and have been friends for many years. Having all met through Sylvie, her loss begs the question of how such friendships can continue when the unifier is gone or, as one of them asks, “how to find a new arrangement among your friends, shuffling around the gap of the lost one, all of you suddenly mystified by how to be with one another.”

Jude is a no-nonsense ex restauranteur. She is on time, tidy, a great cook. She has also been having an affair for forty years with Daniel, who is married, rich and keeps Jude in the style she is accustomed to. Jude just needs to get through this weekend and then she can spend Christmas with Daniel.

Adele is an actress that hasn’t landed a part in years. She is struggling financially and, it seems, her much younger partner is going to split up with her. She has a great body for her age and enviable hair. Wendy is an academic that has written internationally renowned books and plans to write more.

She deeply misses her husband Lance who passed away years ago. Finn is her very old dog that she just can’t bear to put down, even though everyone tells her it is cruel to keep him alive. He was a gift from Sylvie when Lance passed, and Wendy lost her main reason to live. Finn, as it turns out, becomes an allimportant character, a portent of ageing, anxiety, physical deterioration and death.

And so, these three very different personalities come to be stuck in a house together, with an old dog, for two days. What could possibly go wrong? They are aging in a world that doesn’t want old people, “Everybody hated old people now; it was acceptable, encouraged even, because of your paid-off mortgage and your free education and your ruination of the planet.” It is an incisive exploration of women, the essence of friendships, grief, ageing and ageism.

Tensions flare, secrets are revealed, and the women are funny at times and cruel at others. They judge each other, they disappoint each other, they ride the wave together. That’s not to say there weren’t some issues, the most notable being the cliché backstories – the faded actress, the forty-year old affair, the grieving widow.

But Wood develops each of the women’s characters wonderfully over the course of the story, with their own blend of strength and vulnerability. Ultimately it was just nice to read about a group of women who had been friends for so long. Charlotte Wood is an accomplished writer.

She recently won the 2016 Stella Prize and the Prime Minister’s Literary Award for Fiction for ‘The Natural Way of Things’, and ‘The Weekend’ is a highly readable and engaging new offering. I did have to ask … and maybe I am just not that nice … but who cleans out their deceased friend’s house? Aren’t there people you can pay to do that.