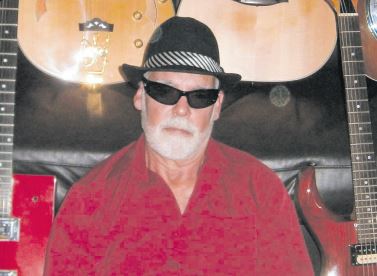 Brackets and Jam will return to its spiritual home atop Kincumba Mountain for its November installment from 7:30pm on November 8.

Buffalo went on to record five albums, most of which are now on the must have list for serious collectors worldwide. In a career spanning some seven years, Buffalo headlined their own tours Australia wide as well as touring with some of the biggest international acts to visit this country including Black Sabbath, Slade and Status Quo.

Collecting gold records and Aria nominations along the way, Buffalo helped define the style of music now recognised as Australian pub rock. After Buffalo’s disbandment and a stint in the European music scene throughout the late 70s and early 80s, Tice returned to Australia in 1984 and over the next few years, toured with some of the most respected blues and rock musicians in the country including Mal Eastick, Phil Emmanuel, Paul Demarco, Harry Brus, Mick Cocks.

Throughout the final years of last century and into the 21st, Tice has performed predominantly in duo or trio mode for over 20 years, with Mark Evans in the acoustic duo, Tice and Evans. Tice will take to the stage from 8:15pm. The Helen Goss Band is a newly formed union of experienced entertainers and musicians.

They’ll take to the stage from 9:30pm. The jams’ traditional Drum Jams will also return with the first session running from 9:15pm and the second from 10:30pm. Opening the festivities will be an Open Mic type session from 7:30pm.

Brackets and Jam to present a night of musical variety