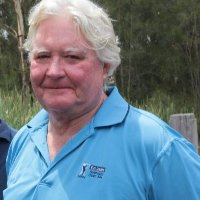 Instead, Council just needs to clarify and promote the role of its internal ombudsman, they say.

Councillors voted in July to establish an integrity and ethical standards unit to investigate and resolve complaints, with the objective of ensuring council processes were open, transparent and held to a high ethical standard.

But a report came back to Council at its October 28 meeting with the audit, risk and improvement committee saying that there was no need to establish an ethical standards unit, as the proposed functions were already addressed by existing structures.

Instead, it recommended that Council should promote its internal ombudsman to the public.

Deputy Mayor Clr Jane Smith, who put forward the original motion in July when she was mayor, said she didn’t particularly like where this latest report was going but she saw it as a first step.

Council voted to develop a Governance Dashboard, as well as clarifying and promoting the role of its Internal Ombudsman.

A dedicated webpage describing the Internal Ombudsman’s role and how the community can interact with them will be developed, as well as a Charter to clearly describe the role and function and the types of complaints that are investigated.

Council’s annual report will include a report from the ombudsman. All the recommendations are to be in place by the end of 2019 and will be reviewed by mid 2020 so that a report can be provided to council to determine if they have achieved their desired outcome.