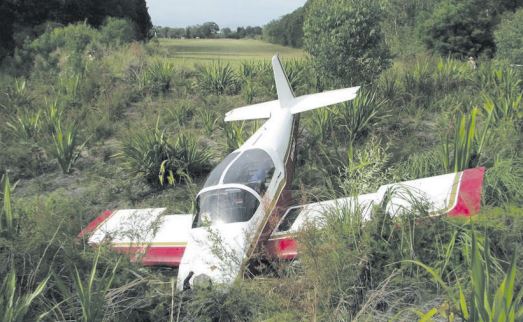 The Australian Transport Safety Bureau (ATSB) is pushing for safe runway overrun areas at aeroplane landing areas (ALAs) following its investigation into a fatal aircraft accident at Somersby in March, 2018.

The ATSB has published its final report from the investigation into the incident, which involved a Vans RV-6A amateur-built aircraft, and it comes with a formal safety recommendation that the Civil Aviation Safety Authority (CASA) publish guidance for the inclusion of safe runway overrun areas at ALAs.

The investigation found an increased risk of occupant injury from a runway excursion at an ALA compared to certified aerodromes. During landing, the aircraft initially touched down at about the Somersby runway’s midpoint at high speed, bounced several times and finally touched down when 125 metres from the runway end, the report found.

The aircraft over-ran the runway end by 20 metres before impacting the side of a small watercourse, where the aircraft came to a complete stop. The pilot sustained serious injuries in the impact and succumbed to his injuries two days later.

ALAs are not subject to CASA’s Manual of Standards for aerodromes, which mandates there should be at least an area 30 metres clear at the end of a runway at certified aerodromes to reduce the risk of damage and injury from a runway excursion. Its guidelines for ALAs contain no specific advice for clear and flat runway overrun areas.

“Where possible, ALA owners should consider the inclusion of a runway overrun area, ” ATSB Transport Safety Director, Dr Stuart Godley, said. “Should a runway excursion occur at an ALA, obstacles at the end of the runway can increase the risk of occupant injury and aircraft damage.

“In this case, the presence of the watercourse at the end of the runway increased the risk of aircraft damage and serious occupant injury as the aircraft stopped significantly faster than it would have if the area had been cleared of obstacles.

“Nonetheless, this investigation once again highlights the importance of pilot preparedness to conduct a go-around if the landing criteria are not met or if there are indications of an unstable landing. The investigation did not identify any technical issues with the aircraft, including its engine and brakes.