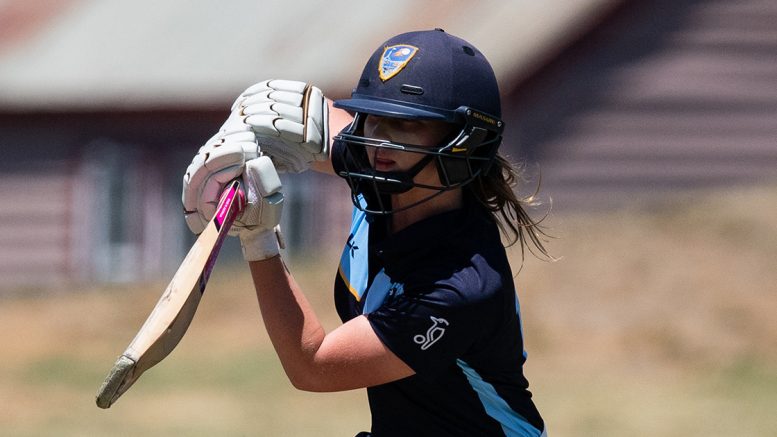 Lisarow-Ourimbah cricketer, Alisha Bates, has been signed by the Sydney Sixers, with the teenage spinner set to debut with the Sixers in the Women’s Big Bash League from October 18.

Bates bowls left-arm orthodox spin and also bats left-handed. The Year 11 student will combine her studies at Lisarow High School with Sixers commitments and said the opportunity to play alongside her teenage peers and the likes of some of the world’s best in Sixers Captain, Ellyse Perry, and fellow Central Coast product, Lauren Smith, was mind blowing.

“When I heard that I’d be playing with the Sixers I was a bit speechless to be honest, ” Bates said. “It didn’t really sink in until I’d actually signed everything. “I’m really looking forward to training with the top players and learning how to be a better cricketer. “I’m not putting too much pressure on myself. “I just want to become a better cricketer all round, ” she said.

Sixers Head Coach, Ben Sawyer, said Bates was a nice addition to his squad that contains a mix of youth and experience.

“We obviously have a number of big named international players but we now have five teenagers and it is just as important for us to develop those players as it is to continue to grow with our more experienced campaigners.

“Alisha is a talented young player and I have no doubt that she will learn a lot from just being part of our set up. “We have some great spinners at the Sixers and that provides Alisha with another learning opportunity, ” he said.