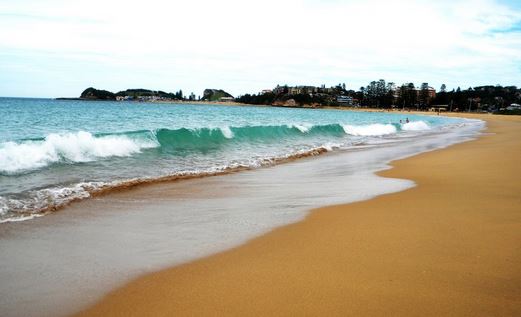 Although the report was an initial audit to be followed up with a more extensive process in conjunction with the State Government, Terrigal Havens Supporters and The Urchins swim group are calling for more regular public updates on water quality and an examination of sewer infrastructure in the catchment area.

Terrigal Haven Supporters spokesman, Anthony Horwood, said the report highlighted that Terrigal Beach had consistently been rated as good over the past few months, as per the guidelines used for the Beachwatch program, and did not pose any health risk to beach users. But Horwood said testing had not gone far enough and also needed to look at pollutants other than sewage, including plastic, sediment, pesticides and detergents.

The Urchins swim group agreed. Spokesman, Don Woods, said the scope of the audit was too narrow and lacked a scientific approach. The report acknowledges that Terrigal Lagoon, when opened, adversely impacts on the quality of water at Terrigal Beach, Woods said. There is no recommendation to fix this problem other than to close the beach and conduct another audit. (It also notes that) sediment (in this case from the lagoon when released into the ocean) can be a reservoir for enterococci bacteria.

The report concludes further sampling and audit of the Terrigal Lagoon will be addressed alongside the NSW Government, but what is the cost, scope and time frame for this audit? Woods said the report also notes Council does not recommend people having direct contact with storm water. So why have a children’s swimming pool adjacent to the Seven Drains, especially as sediment can be a reservoir for enterococci? he said.

What is the Council planning to do, relocate the storm water drains or the swimming pool?

The audit acknowledged that water quality in the ocean should be suitable for both the environment and recreational needs and the Urchins are calling for Council to adopt Water Quality Guidelines set out by the Australian and New Zealand Environment and Conservation Council (ANZECC) and the Agriculture and Resource Management Council of Australia and New Zealand (ARMCANZ) in 2000. The guidelines say water should be acceptable to recreational users.

The guidelines suggest a monitoring program should be implemented to give the public information on the aesthetic aspects of recreational water bodies in combination with data on microbial water quality, Woods said. The Council and the NSW Government have not come up with any long-term solutions, he said. The Council needs to firstly make a bold decision to address the sewer infrastructure and fix the pollution at Terrigal Lagoon, he said. Anthony Horwood accused Council of complacency over Terrigal’s ongoing pollution problems.

The report says the major audit conducted in conjunction with the State Government will address more complex issues including: assessing hydrological mechanisms driving microbial movement in Terrigal Beach and The Haven; assessing the effect of reduced flushing on water quality; assessing volume and load of pollution hotspots within the catchment; conducting comprehensive sampling at Terrigal Lagoon and assessing the impact of lagoon openings on the beach; and, investigating the impacts of large wet weather events on water quality.