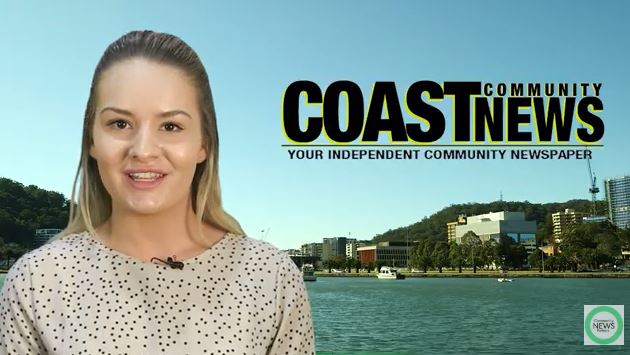 Woman’s body found off The Haven Earlier this week, we reported that a woman’s body was discovered by Fisherman in the water off the Terrigal Haven on Tuesday morning. The woman has been identified as 56-year-old Wamberal resident Devorah Howard. Police have yet to confirm exactly how Ms Howard died and are investigating a range of possible scenarios. She was last seen at 10pm on Monday evening and police are asking any members of the community who may have seen Ms Howard after that time to contact them.

The Entrance could become home to the worlds biggest pelican if a proposal from Central Coast Councillor, Bruce McLachlan, takes wing. His goal is to replace the current, ageing Percy the Pelican statue in Memorial Park with a new and much larger Pelican statue that exceeds the current world record of 4.7 metres. Councillor McLaughlan believes the big pelican could unlock growth in tourism for The Entrance. Council will vote on the proposal at Mondays meeting in Wyong.

The Central Coast Local Health District has confirmed a third case of meningococcal disease in the region this year. A 2-year-old girl was confirmed as having the disease at Gosford Hospital on Tuesday and was transferred to Sydneys Childrens Hospital where she remains in a stable condition. The Districts Director of Public Health, Dr Peter Lewis, urged people to familiarise themselves with the symptoms of the disease which include: sudden onset of fever, headache, neck stiffness, joint pain, a rash of red-purple spots or bruises, dislike of bright lights, nausea and vomiting.

A Gosford father and son, Danny and Daniel OBrien, were joint winners of a recent First State Super new member competition which saw them win $40,000 in total. Both men pocketed $10,000 each and then donated the remaining funds to charities near and dear to them. Danny donated $10,000 to the Charlie Teo Foundation while Daniel gifted his $10,000 to FightMND.

Torrential rains last weekend caused power outages and problems with traffic on the Coast and a minor flood warning was issued for the Tuggerah area. The SES lifted the flood warning when water dropped back below this threshold level of 0.9 metres at 5pm on Tuesday. After a few warm spring days, temperatures are forecast to drop on the Coast this weekend with maximums of 20 degrees predicted tomorrow with gusty westerly wind of 35-50 kilometres per hour.

The Central Coast Rugby major semi-final between Terrigal and Ourimbah was washed out on Saturday. In an unprecedented move, officials decided that minor premiers, Terrigal, will automatically advance to the grand final. Ourimbah will now play the winners of the minor semi, the Gosford Red Devils, this weekend for the right to contest Terrigal for the premiership on September 14.

Erina High School has returned from the Open Girl Oz-Tag NSW Champions of Champions Tournament with a state title and some new silverware for the trophy cabinet. The Schools Opens team took the silver medal in their division, with the Year 9 and 10 Girls team taking out the state title after a dynamic win over St Marys Star of the Sea.

Finally, this week, we caught up with Central Coast martial arts legend, Gary Johnson. Johnson was recognized for 47 years of service to the martial arts world and the local community with induction into the Asia Pacific Martial Arts Hall of Fame and the Royal Karate Hall of Fame. Dave Abrahams spoke with Gary this week at his local dojo in Erina Heights.

O’Neill’s vision of fairness for all