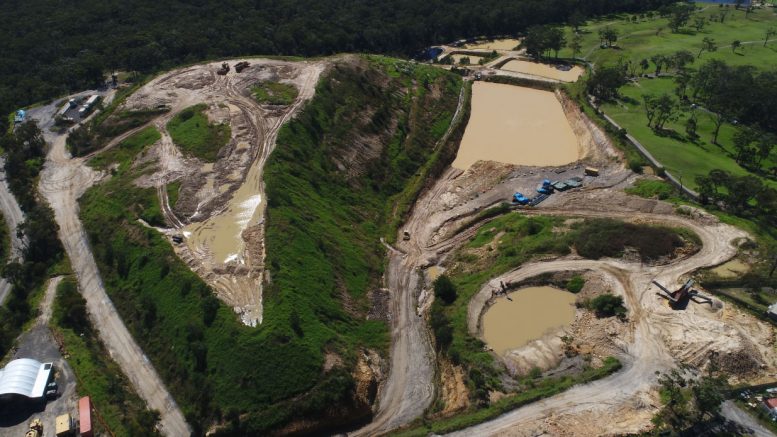 In the latest development on the issue of the controversial landfill at Mangrove Mountain, Central Coast Council has commenced proceedings in the Land and Environment Court (LEC) against both the Environment Protection Authority (EPA) and site owners Verde Terra.

The Council will seek to have set aside variations to Environment Protection Licences granted by the EPA between 2003 and 2012 in relation to the landfill operations. Verda Terra has commenced its own proceedings in the Court, claiming it can conduct waste disposal to the landfill without the need to obtain further development consent, other than for what it considers to be minor alterations. But Council claims that development consent granted by the former Gosford Council in 1998 for the re-modelling of the existing golf course does not authorise the scale, location and nature of waste disposal and other landfill activities on the site.

The matter has been the subject of protracted Development Application revisions and LEC proceedings over many years, with huge community concerns over the possible effect of the landfill operation on the Coasts water supply. Mountains District Association has applauded the latest proceedings brought by Council to the LEC, but says they should be considered in the light of other actions involving the landfill site currently before the Court. In August, 2018, Verde Terra lodged an appeal against the EPA for the EPAs refusal of Verde Terras application to have the environment protection licence (at the site) varied, Association spokesman, Stephen Goodwin, said. Council sought and was successful in being joined with the EPA as a party in this action (which is yet to be determined).

In late December, 2018, Verde Terra lodged a new DA with Council, which Council deemed a Designated Development requiring a new Environmental Impact Statement. This resulted in Verde Terra commencing new legal proceedings (in April) appealing the deemed refusal of the DA and seeking relief from the requirement for any further development consent at Mangrove Mountain Landfill. Complex doesn’t even start to describe this mess.

If Central Coast Council is successful in this new action against the EPA, then no licence, no land-filling. That would please the community, knowing that the water catchment and the Central Coast water supply could at last be made safe from further importation of toxic waste material.

Goodwin said the Association had been calling on Council to challenge the validity of the 1998 development consent against the significantly expanded operations which have occurred since, for some years. After all this time, it is encouraging to see Council commence new legal proceedings on the matter of the development consent, he said.

The first hearing date is on July 12. At long last, the original 1998 development consent will get its day in Court. It is a very complex matter that is going to be an interesting contest. We will have our fingers crossed for a just outcome that the community has requested for a long time.

The landfill has been idle since 2014. In October, 2018, then NSW Minister for the Environment, Danielle Upton, failed to support a recommendation from the Energy from Waste Technology Parliamentary Inquiry for an independent inquiry to investigate the operation, regulation and approvals of the landfill.

Attempts to contact Verde Terra for comment were unsuccessful. Meanwhile, Mountains District Association has launched a crowdfunding campaign through the chuffed.org platform to cover the costs of potentially joining with legal actions and undertaking analyses of contaminating pollutants and interpretation of water samples from the landfill and watercourses and dams downstream of it.