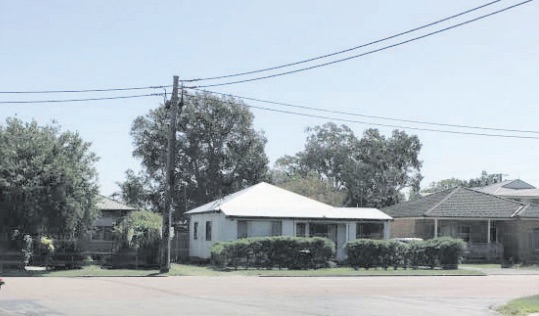 View of the site from Dunleigh St looking west

The Joint Regional Planning Panel has deferred its decision on an affordable housing development project at 6-10 Dunleigh St, Toukley.

The proposal is for a $9.1m residential flat building, consisting of 34 dwellings under the Affordable Housing State Environmental Planning Policy (SEPP). Central Coast Council’s assessment report recommended conditional approval of the proposed development even though it had received 53 submissions raising concerns about its proposed location.

The panel has requested that the applicant provide revised plans that included a direct and safe pedestrian link between the development and communal open space, and a proposed community garden. Plan revisions were also requested by the panel to remove storage cages adjacent to western car parking spaces “to allow for access and enable passive surveillance the full length of the communal open space and community garden. The developer has also been directed to revise the ground floor plan layout to provide required storage within the building footprint.

Further information has also been requested to address the isolation of an adjoining block of land at 14 Tamar Ave, “including demonstration of a reasonable development outcome in accordance with the Council’s planning controls”. As an alternative, the panel suggested that the developer consider the Land and Environment Court’s planning principle for isolated sites. The developer must have revised plans and further information submitted to Central Coast Council before the end of January.

The proposal sought variations to Council’s building height controls along with variations to other planning controls under Council’s Development Control Plan, the Apartment Design Guide and the SEPP. According to Council’s assessment report, those variations included provisions of communal open space, landscaped area, dwelling mix, maximum number of dwellings from a common core, and maximum dwellings permitted with a southerly aspect. The proposal had already been amended to reduce the height and comply with setbacks and floor space ratio. The initial proposal was for 40 dwellings over six levels, which was subsequently reduced to 34 dwellings over four levels.

All dwellings have been nominated for Affordable Housing and will be managed by Compass Housing for a minimum of 25 years. The general theme of submissions objecting to the development included that the building height, bulk and scale was excessive and out of character, and that there are too many units proposed for a small site with difficult access that would set a precedent for further over-development in the area.

Parking was another area of concern identified in submissions and, as the applicant is a social housing provider, parking required is a lesser rate of 0.4 spaces for each one bedroom dwelling, and 0.5 spaces for each two-bedroom dwelling. “A total of 17 spaces has been provided, which is therefore compliant with the car parking requirements of the SEPP, although this is significantly less than Council’s DCP rate,” the assessment report said.

Toukley is a finalist in the Top Tourism Town Awards