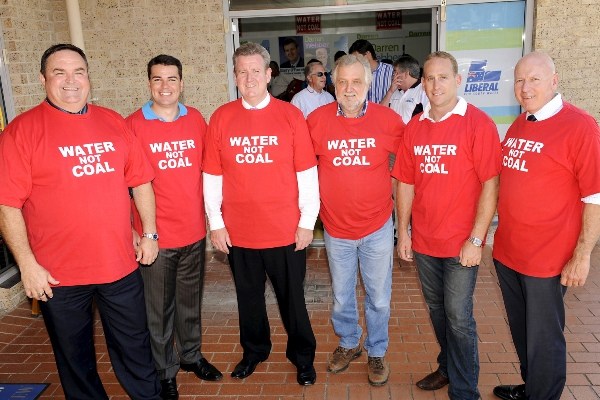 The Wallarah 2 Coal Mine has received Federal Government approval, despite the NSW Land and Environment Court still to rule on it.

Environment Minister, Melissa Price’s, decision on Friday, January 18, to give the go ahead to the Wallarah 2 Coal Mine has been condemned by community groups and opposition politicians.
The Australian Coal Alliance (ACA) said it was short sighted and reckless.
The Greens called the timing of the decision cynical.
Resident activist, Gregory Olsen, who started a change.org petition against the mine, called it outrageous.

But Wyong Coal, owned by Korean company Kores, said its Wallarah 2 project would add significant direct and indirect employment and long term economic benefit, including more than 800 ongoing jobs, and more than $600M every year in regional economic contribution.
The company is working on final feasibility and detailed design activities in line with both the federal Government approval, and the NSW Planning Assessment Commission approval from 12 months ago.

Wyong Coal said it had been to the Land and Environment Court appeal in November, 2018, and remained confident of the determination process and approval.
“This action reviewed the various administrative steps, processes and responsibilities culminating in the planning approval granted by the PAC in January, 2018,” the company said in a newsletter.
The legal judgment is expected early this year.
Australian Coal Alliance (ACA) said it had been estimated that the proposed mine would result in the loss of between 900 to 1300 ML of drinking water a year from the Central Coast’s drinking water catchment during its 28 year lifespan, though there was some uncertainty about the quantum of that loss.

ACA Campaign Manager, Alan Hayes, said the mining company, in their own Environmental Impact Statement, stated that between 2.5 to 3.25ML of water would be lost each day.
“Proponent Kores, which plans to export the coal for power generation, proposes to construct a pipeline to deliver compensatory water to Central Coast Council, although there was no actual documentation in their EIS to show how this could be achieved,’’ Hayes said.

“It is because of this and other errors by the Planning Assessment Commission in their January, 2018, approval, that enabled the community group, the Australian Coal Alliance, to take the Government and the proponent to the Land and Environment Court last November.
“A judgement on the outcome of the court action is expected sometime between mid April and early May.”
Hayes said that the latest approval was an indication that the Australian government’s priorities were still not sufficiently focused on water conservation.
“This summer is showing us how precious water is, and how disastrous it can be and how vulnerable we are, when it runs dry.

“It’s reckless and unacceptable for a coal mine to undermine the water for the growing cities of the Central Coast, which have suffered from water shortages in the past.”
Hayes said ACA had already instructed their solicitors to request a ‘’statement of reason’’, as allowed by the Environment Protection Biodiversity and Conservation (EPBC) Act.
“The Government has 28 days to supply that information from the date of their approval, and once received, we have 28 days to lodge proceedings,” he said.

Federal Member for Dobell, Emma McBride, labelled the decision reckless.
“Minister Price has ignored the Central Coast community’s pleas to use her powers to stop this mine,’’ McBride said.
“This decision is short-sighted and dangerous.
“The government is prepared to risk the water supply of the entire Central Coast for this highly speculative, foreign owned, coal project.‘’
McBride said that under the previous Labor Government, a ‘’water trigger’’ was written into the Environment Protection and Biodiversity Conservation Act (EPBC Act) 1999 to protect water catchments from the impacts of long-wall coal mining.

She said Labor had established an Independent Expert Scientific Committee (IESC) on Coal Seam Gas and Large Coal Mining Development to ensure that proposals for new coal mines were examined for their impact on critical water resources and endangered species.
In 2013, the IESC raised a long list of potential impacts of the Wallarah 2 coal mine on the water catchment and endangered species.

“Rather than listen to the independent expert advice, this government recruited new IESC members to tell it what it wanted to hear,’’ McBride said.
“It appears the Minister and the Government’s hand-picked IESC members are prepared to allow Kores to make it up as they go along, allowing monitoring and self-regulation to take the place of proper controls.

“The set of conditions Minister Price has applied will be too little too late when the predicted subsidence occurs damaging water supplies in the catchment.
“Can the Minister guarantee that a secret deal between a NSW Government-appointed Central Coast Council administrator and Kores, to replenish the water catchment with treated mine water, will not put the health and wellbeing of our community at risk?
“I have always opposed this mine and will continue to stand with the community to stop this coal mine.’’

Central Coast Greens repeated their multiple calls to stop the mine, saying that, Minister Melissa Price, should have used the risk to Coast water supplies as a reason to halt the mine.
Greens’ NSW Upper House candidate, and Coast resident, Abigail Boyd, said that Jilliby Creek or Wyong River could not be repaired if damaged.
“Coal from this mine will add to emissions, which are contributing to a climate emergency.
“It makes no sense, in 2019, to approve a new coal mine anywhere in Australia, and certainly not on the Central Coast,” she said.

Boyd said it was cynical for Minister Price to release her decision in the summer holidays.
There are a number of conditions, including a prohibition on long-wall mining until a Groundwater Management Plan has been approved by the Federal Minister.
Greens MP and Planning Spokesperson, David Shoebridge, said: “This is another dreadful decision from the Coalition on climate change, coal and water.
“This is a mine the Liberals promised would never go ahead, but now it’s being backed in at both a state and federal level.
“With a state election just months away, we need a state government that finally steps up and says no to the coal industry.
“The Greens are committed to stopping this mine and protecting the Central Coast, if necessary by legislation that strips away previous approvals,” Shoebridge said.