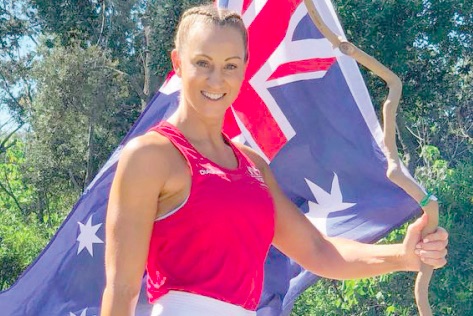 Anja was drafted for the championships opening bout and debuted with a strong performance. She took out Columbia’s Cordero Hernandez in a threeround split, which saw Anja unload a volley of punches to break a point score stalemate and take out the win. Her day two bout looked as if day one was repeating itself. Sadly for Anja, it was Potkonen who broke the three-round split to seal the win. Despite the loss, Anja said: “My world championship quest may have ended but I am very proud of the boxer and the athlete I have become.

“I am incredibly disappointed that I do not get to stand on the podium alongside the top in the world as I believe that I could, but I have the utmost respect for Mira as a person and as an athlete and I hope that she continues to do her thing well. “This has been a massive year for me, both difficult and rewarding, but at the end of the day, probably the best year of my life. “I am confident and proud of myself as a boxer, athlete and as a person and I will never stop chasing goals as lofty as the sky and beyond,” she said.

Fellow Umina PCYC boxer Kaye Scott also competed, but was defeated in the quarterfinals, where she was knocked out by India’s Lovlina Borgohain. “My campaign for a second world championships medal has ended,” Scott said. “It’s extremely disappointing to not succeed at something that you worked so hard for. “However, it’s part of evolving and developing as a competitive athlete. “Boxing is a tough sport, and to succeed on the world stage you have to be durable and resilient. “I can’t deny my sadness but I hold my head up proudly.

“I performed well in the ring and I guess top eight in the world isn’t too bad,” Scott said. “I have only recently transitioned to PCYC Umina Beach, which has a very unique style of fighting. “I’m excited to learn, develop and practice these skills to add to my boxing repertoire.”