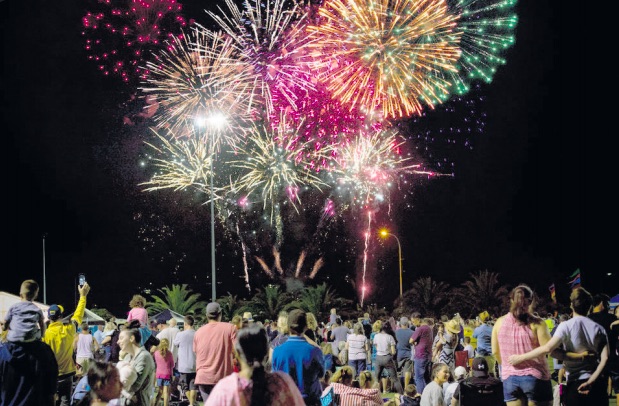 The Masterfoods’ New Year’s Eve Festival amusements at Ray Maher Field, will be transformed into free family fun this year, thanks to St Hilliers.

For the first time in the event’s 13-year history, all rides and amusements on the Gosford Leagues Club Field will be free. The one-night extravaganza is a community gesture from St Hilliers’ Executive Chairman, Tim Casey, whose construction firm is overseeing the development of Central Coast Quarter, a multi-purpose residential and entertainment hub in Gosford, located near the nearly completed finance office. “St Hilliers has been trusted to deliver the Central Coast an incredible asset on Mann St, Gosford, with Central Coast Quarter,” Casey said.

“This project marks a chapter of unprecedented growth and renewal for the community. “The New Year’s period is also about renewal, which is why we wanted to not just be involved in the wonderful waterfront festival, but make a meaningful contribution to those who come along,” he added. Due to be completed in early 2019, the first stage of construction will deliver an A-grade commercial building at 32 Mann St, capable of accommodating over 300 public service employees. Subsequent stages will add 200 residential apartments, retail and dining outlets, and manicured public spaces.

“Central Coast Quarter will activate the southern end of Mann St, which is Gosford’s most important thoroughfare because it connects all the city’s major attractions and infrastructure, the stadium, CBD, public parks and the waterfront,” Casey said. The Masterfoods New Year’s Eve Festival on the Gosford Waterfront, being run by Gosford Business Improvement District, has been an annual highlight for the Central Coast since 2005.

It attracted more than 20,000 people in 2017, and with an expanded entertainment line-up and fireworks show, an even bigger turn-out is expected this year. “St Hilliers is delighted to be providing the amusements on the field in front of our site for free at this year’s NYE festival. “We look forward to joining locals for an evening of enjoyment and festivity as we count down to the New Year,” concluded Casey. The free amusements commence from 5pm on December 31.