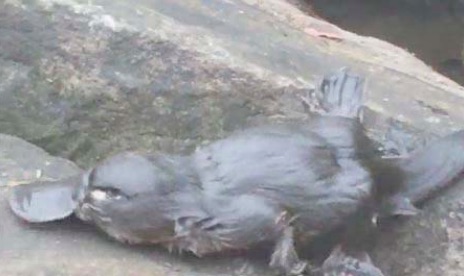 Your Kangy Angy correspondent has had good reason to indulge in several I told you so moments last week (November 26 to December 2) regarding their fight with TFNSW building their rail maintenance facility there.

Not that either the TV or Transport for NSW have answered back. They do continue to ignore us. The first of course was Mother Nature delivering 160mm of rain on the site. We have been warning them for two years. Cars bogged, pumping out water from the site, retention chambers overflowing, access roads flooded, a general stoppage and then a go slow due to the conditions. Then there was a series of news items on Australia not halting the extinction of native flora and fauna.

First came the Swift Parrot and Regent Honeyeater.; The ABC interviewed an expert who stressed that due to habitat clearing, these little birds were doomed. We had them at Kangy Angy before they cleared 4,000 odd Mellaleuca Biconvexa, a protected tree in its own right. I yelled at the TV.

Then came another item on the declining numbers of Platypus. We’ve got them I screamed, we have photographic evidence, even though TFNSW have denied their existence from day one. Platypus are very susceptible to disturbance of creek and river bank habitat. Tell that to TFNSW who are working on changing the direction of Ourimbah Creek, so their heavy machinery can gain access. Next was a frog report.

We’ve got two endangered species I shouted, one is the newly discovered, Mahoney toadlet. We had Professor Mahoney on site imploring Transport to save his namesake to no avail.

All this of course went on unacknowledged. Despite having an alternative site that was much more suitable, all our endangered species residing on this site would just have to go somewhere else or die out. This government knew, because we told them, that this very unusual natural jewel was special and should be preserved, but they were adamant in their desire to rip it out, and the residents are frantically trying to make the best of this industrial carbuncle. It beggars belief that this government mouths sweet and calming words about saving our unique country, but when it is in direct competition with industry, it is industry that always wins.