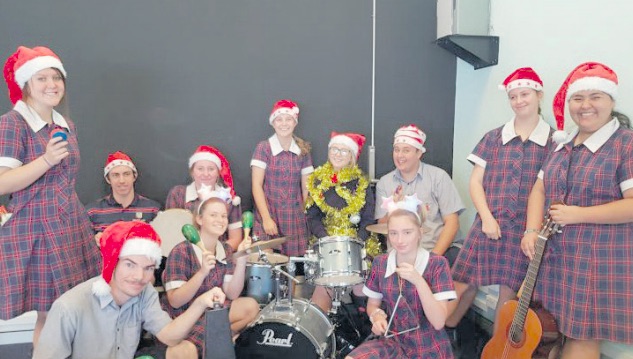 Central Coast Council officially launched its ‘A Luminous Christmas’ event at The Entrance on December 1.

The inaugural event is a special 30 day project by Council which sees The Entrance foreshore light up with a colossal display of LED lights, sound and animation, to ignite the Christmas spirit in the community. At the launch, the community celebrated the first day of the event with stilt walking candy canes, giant bouncy elves, an enchanting ballerina in a bubble, live entertainment and a special visit from Santa.

Star 104.5 also hosted the Road Star Party, which will be on again on December 14 and 20, from 6.30-8.30pm. “Performances by the Tuggerah Lakes Show Band, Narara Valley High School, The Glen Aboriginal Dance and Interactive Dreamtime performance, and the Gymnastics NSW Hunter Team will keep the crowds entertained. “On Christmas Eve, we will be holding the popular Carols in the Park, so bring your picnic rugs and reindeer ears down to Memorial Park and sing along to all of your favourite Carols and well known hits.

“Christmas is a very special time for many people on the Coast and we invite everyone to come together and celebrate with us during the 30 days of Christmas,” Council Unit Manager Community Partnerships, Glenn Cannard, said. MacKillop Catholic College, Warnervale, students will be performing at the Waterfront Plaza, The Entrance, as part of Central Coast Council’s Luminous Christmas festivities.

The students will be performing musical numbers from 6pm to 8pm on December 13. “Performances will include our Primary and Secondary choirs, band and solo acts, an extract from The Little Mermaid Junior (the official first sneak peak of this production) and a Christmas Carol medley,” College Principal, Steven Todd, said. “There will also be a stall selling Santa hats, flashing headbands and small Christmas gift ideas. “All proceeds of the stall will go toward our Performing Arts Trip to the USA 2020,” Steven Todd added.

Aggravated robbery at The Entrance

$22.5M to be spent on a four-kilometre length of Wilfred Barrett Dr