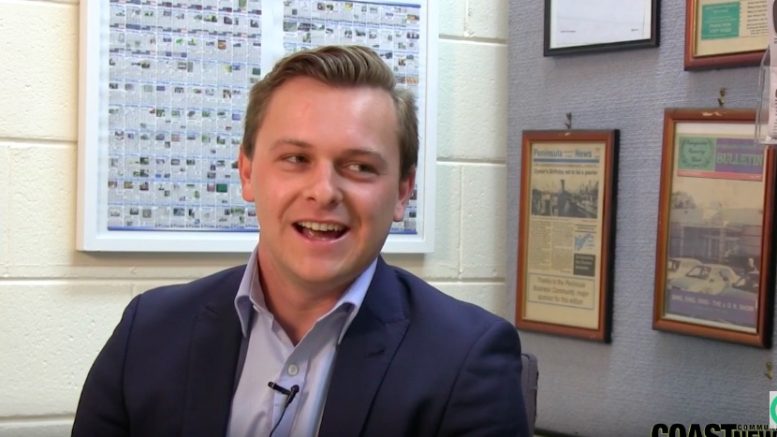 Taylor Martin, member of the NSW Legislative Council, is happy to speak with NSW Premier, Gladys Berejiklian, about the need for an independent inquiry into the Mangrove Mountain Landfill.

Martin, who said he was “by far” the youngest Member in the state’s upper house was a member of the NSW Government’s Energy from Waste Inquiry which broadened its terms of reference to include the Mangrove Mountain landfill.
“What I’d like to see is an independent inquiry to document what happened from start to finish, from go to woe,” Martin said. “I have spoken with the locals up there at Mangrove Mountain and I am on their side.

“We started with a golf course, we have now ended without an improved golf course and a whole heap of waste that has been inappropriately managed. “In any case there is no documented history of how did we get here, no central source so someone can come in the middle and say this is what happened and this is what went wrong,” he said.

Martin said he had spoken to NSW Environment Minister, Gabrielle Upton, about her decision not to adopt Recommendation 27 from the Energy from Waste final report, which supported an inquiry into the landfill.

When asked if he was happy to speak with the Premier, he said “Of course”.

This video covers a broad range of issues including Taylor Martin’s entry into politics, asbestos on Wamberal/Terrigal beaches, the Mangrove Mountain Landfill and his experiences in the NSW Upper House.