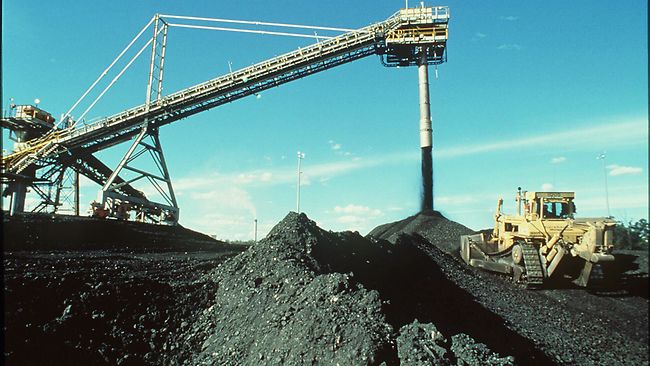 The ACA has called for an inquiry into the coal mine approval processes in NSW.

The Australian Coal Alliance (ACA) has backed calls for a fresh, independent investigation into the NSW Planning Department’s processes for assessing coal mine approvals.

“The recent revelations of alleged corruption in the Department of Planning are of no surprise,” said ACA executive member, Alan Hayes. The latest allegations, broken by Newcastle Herald journalist, Joanne McCarthy, on November 20 and 21, involved a former Department of Planning manager turned whistleblower, who had alleged corruption, including mining industry payments, to a Planning employee’s credit card.

As reported in the Newcastle Herald, the former NSW Planning employee, Rebecca Connor, had reported alleged: conflicts of interest; modification of mining files; leaking of confidential information by staff to mining companies; meetings between Planning staff and former mining company representatives they had worked with; and, former Planning staff appealing to senior employees to benefit mining companies.

The Newcastle Herald reports have led to calls for a full external inquiry from NSW Shadow Resources Minister, Adam Searle, and NSW Greens Planning Spokesperson, David Shoebridge. Resources Minister, Don Harwin, called for a full briefing on the allegations and Searle asked whether the allegations warranted a referral to the Independent Commission Against Corruption (ICAC), in NSW Parliament on Wednesday, November 21. “It’s time the whole issue of the relationship between Planning and mining companies is exposed,” Alan Hayes said, citing documents that ACA had uncovered via GIPA in 2014, and referred to ICAC. “An insidious culture has developed, which must be brought to an end.

“It has always seemed apparent that Planning has been subjective rather than objective, with the Kores mine proposal beneath our water catchment.” Fellow ACA Executive member, Mike Campbell, said the ACA made a GIPA application in 2014 for material that existed between Wallarah 2 and the Planning Department. Almost 30 documents were revealed. “The most alarming issue was the pressure that the Planning Department was applying to the Office of Environment and Heritage (OEH),” Campbell said.

“OEH had issued a damning assessment of Wallarah 2, based particularly on their intent to undermine Jilliby State Conservation Area,” he said. “This precious area, with signifi cant threatened species and delicate geology, was to subside by 2.6 metres. “According to OEH, the mine would create catastrophic damage and destruction of feeder streams into the water catchment. “Regardless of this assessment, Planning pushed OEH to have a positive decision made prior to Christmas, 2013, with the demand for swift approval by OEH, or a ‘letter of comfort’ to the applicant, Wallarah 2,” Campbell said. In December 2013 a Planning offi cer wrote to OEH, stating Planning’s “position” in relation to approval for Wallarah 2 to mine under the Jilliby State Conservation Area (SCA).

“Planning’s view remains, as has been previously and consistently expressed,” the email. revealed via GIPA, said. “There are two ways that OEH can progress this matter,” the email said. “Either, landowner’s consent from its Minister, or a ‘letter of comfort’, with the matter to be finalised following the PAC’s review. “Planning would be pleased if this matter could be progressed by either one of these means prior to Christmas, which will provide a substantial level of comfort to the principal’s behind the WACJV, in particular Kores.” “Wallarah 2 itself, in November 2013, sought to have the Environment Minister write a letter to the Minister for Planning and Infrastructure to push towards approval to mine under the Jilliby State Conservation Area, and took the ‘indulgence’ to write a template letter,” Campbell said. “Planning’s job is not one of advocacy for the mine proponents, it should be one of ‘what is in the public interest’,” Hayes said.

Wyong Regional Chronicle has requested statements from Minister Harwin, Shadow Minister Searle and Greens Planning Spokesperson, Buckingham. Our request to Minister Harwin was referred back to the Department of Planning. Shadow Minister Searle said, Minister Harwin, had been forced to confirm in Parliament that the allegations made by Planning Department whistleblower, Rebecca Connor, had been referred to the ICAC. “The NSW Labor Opposition is joining with Hunter Central Rivers Alliance and other community groups, calling for an independent inquiry into the relationship between the NSW Department of Planning and the mining industry,” he said.

“How can the people of NSW have any confidence in the decisions being made by the Department which impacts communities right across the state? “At the very least this is a disturbing portrait of mismanagement in a key Berejiklian department and it raises serious concerns about corruption.” The Greens’, David Shoebridge, said: “My view is that we desperately need a special commission of inquiry, with Royal Commission powers, to review the approvals process for coal mines in NSW, and that investigation must include Wallarah 2 along with all the mines approved in the Hunter. “There is a term for the malaise that the Department of Planning is suffering from, and that term is regulator capture,” Shoebridge said.

“We see that in the number of Department officers that move between the regulator, consulting and the mining industry. “That number is simply too high for such an important environmental regulator,” he said. Shoebridge said one of the core contributors to the problems was the deliberate long-term deskilling of the NSW public service. “It is a tradition of the NSW Government and public sector that we develop in-house expertise and not rely on poaching experts from the industry,” he said. “And the full time people with talent left in the department fi nd themselves politically thwarted for trying to do their jobs properly. “Am I confident Labor will fix it? “No, but I do take some comfort in Labor’s support of our call for an independent commission of inquiry,” he said.