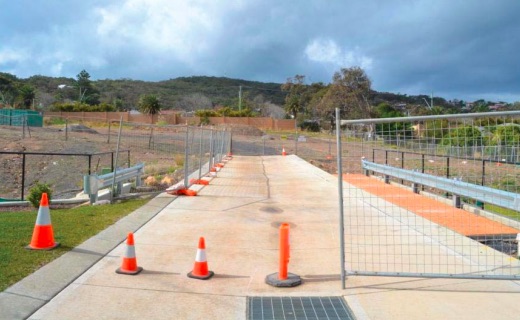 The Joint Regional Planning Panel (JRPP) has given consent for the building of 75 assisted care apartments at 1001 The Entrance Road, Forresters Beach, valued at $25.5 million.

Retire Australia applied to build the project under the provisions of the State Environmental Planning Policy (Housing for Seniors or People with a Disability) 2004 (SEPP SH) on vacant land in the north-eastern corner of the existing Forresters Beach Retirement Village. The assisted care units will be constructed in a threes torey building immediately to the east of the recently completed Stages 6 and 9, and to the north of the existing Stage 5.

According to the Statement of Environmental Effects (SEE) submitted to support the application, the building will comprise 75 one-bedroom apartments over three levels, parking for 14 staff vehicles in a partially excavated basement at ground level, and resident and visitor parking for 18 vehicles in an open, at grade parking area. “A kitchen and dining room, ancillary support services, including theatre, wellness centre and hairdresser, and back of house facilities, are to be provided as part of the proposed development on the ground floor of the building,” the SEE said.

“The proposed development will also include comprehensive landscaping and open space and a series of pathways to provide future residents with access to the existing country club and other services and facilities within Forresters Beach Retirement Village,” it said. “Consent for the major civil works necessary for the construction of the building and associated facilities is also sought as part of the application.

“These civil works include: earthworks and site reshaping as necessary; the construction of retaining walls; construction of internal driveways to connect to the existing roadway system in the Village; construction of a new vehicular access for staff and service vehicles off Bellevue Rd to the east of the recently completed access in Stage 20; and, the provision of services. “The proposed apartments are to be constructed in lieu of the 24 self-care independent living units approved in 2002 over this portion of the site within Stages 7 and 8. “The 75 apartments now proposed are aimed at providing the next level of care to address increasing demand for this type of product on the Central Coast, and to allow existing residents the opportunity to ‘age in place’ at this location.

The DA attracted 20 submissions when it was advertised in September and October, 2017, but the JRPP gave its unanimous approval when the panel met on Thursday, November 1. In the panel’s reasons for its decision, it stated that it accepted the applicant’s written request under the Gosford Local Environmental Plan 2014 (GLEP 2014) for a contravention of the height of buildings development standard. “Strict compliance with the height of buildings development standard is unnecessary in the circumstances of the case,” the panel’s reasons for the decision stated.

‘The proposal will add to the supply of seniors housing, in this case assisted care apartments, in the location within an established retirement village … includes associated support services to serve the needs of future residents. “The proposal satisfactorily responds to, and generally complies with, the suite of State and Local Planning Controls applicable to the development, including SEPP HS.” Conditions placed on the approval included confined hours for demolition works and provision of traffic controllers during construction to “manage the potential traffic and pedestrian conflicts at the construction entry and exit at Bellevue Rd.”